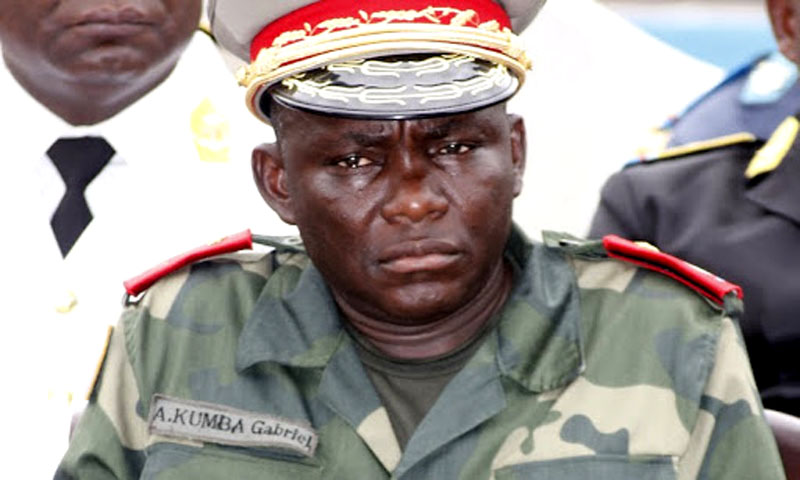 Internet
Kinshasa07-06-2019Politics - A strong delegation of the General Staff of the Army Forces of the Democratic Republic of Congo (FARDC), led by the Deputy Chief of Staff in charge of Operations and Intelligence, General Gabriel Amisi Kumba arrived at Bunia, Wednesday to control the situation prevailing in Djugu territory and restore order.

In his mission to Bunia, General Gabriel Amisi Kumba intends to put out of harm's way the attackers whom he described as adventurers and to morally reload the military. The FARDC have launched since a week the perations to destroy the bastions of the attackers located at Mont Wago, in the Walendu-Tatsi chiefdom, told the press on Tuesday the spokesman of the Fardc operational sector in lturi, the Lieutenant Jules Ngongo.

On the same occasion, he said that the detonations of heavy weapons recorded throughout the day of Monday in the locality of Blukwa, county town of the chiefdom of Bahema-North, follow the ephemeral attack of the attackers of two Loyalist Army positions located in this customary entity. "While the army was in the process of destroying the enemy's strongholds at Mont Wago, following military pressure, it organized in small groups to attack our two positions to distract the loyalist army", Lieutenant Jules Ngongo said.

He had reassured that the enemy was now located, which had allowed the FARDC to beat them well, before adding that a relative calm prevails in this region and cows and other cattle stolen by these thugs were returned to their owners.