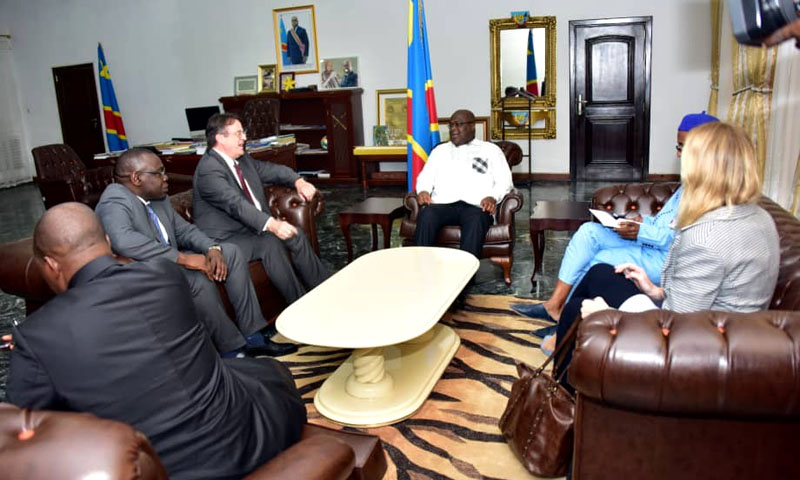 Internet
Kinshasa08-06-2019Politics - The Head of State, Felix Antoine Tshisekedi Tshilombo, has just received in his office of cité de l’UA, David Gressly, Deputy Special Representative of the UN Secretary-General for Operations and the Rights State.

Recently appointed as head of the UN Secretary-General's response to Ebola, David Gressly came to see the President of the Republic to share with him the UN's concerns about the continuing killer disease.

Dr. David Gressly was accompanied by Dr. Ibrahima Soce Fall, WHO Assistant Director-General for the Control of Epidemics. During their talk, they discussed several aspects related to Ebola in eastern of DRC, including security and humanitarian aspects. In addition, they highlighted the various obstacles that stand in the way of the efforts made so far.

Thus, Dr. Ibrahima underlined the still active phase, especially in Butembo and Kakwa in Nord Kivu. Mr. David welcomed the sincere commitment and openness of the Head of State who is very attentive to Ebola response operations. The two experts received by the number 1 Congolese will in a short time settle in areas highly affected by the Ebola virus.