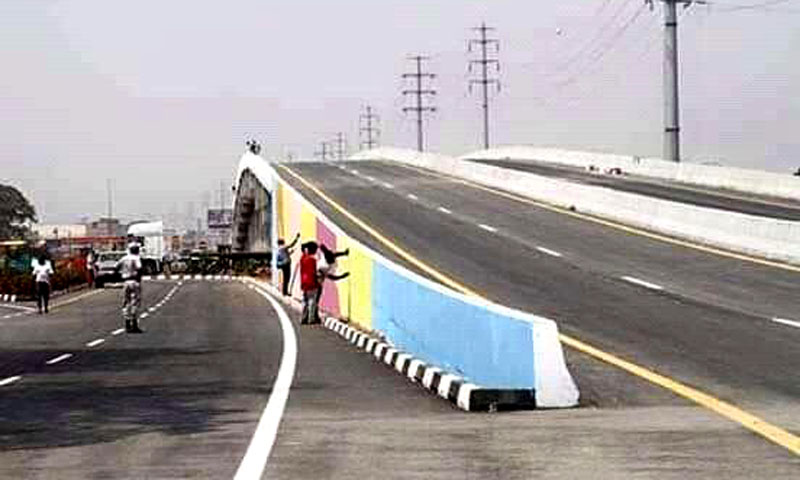 Internet
Kinshasa08-06-2019Politics - These works, according to the Head of State, aim not only to embellish the capital, but also to make traffic flow on the main arteries of the city of Kinshasa by reducing the travel time, by the elimination of traffic jams during peak hours.

The emergency program of the President of the Republic, Félix-Antoine Tshisekedi Tshilombo, launched last March 2 in Kinshasa at place de l’Echangeur of Limete, knows significant advances in the construction of the flyovers. This work began after the construction and rehabilitation of roads, schools and hospitals, as well as crossings and decongestion of intersections.

These flyovers are located on Avenue de l'Ecole, Ngaliema township, SOCIMAT square and Mandela roundabout, on the Boulevard du 30 Juin, in the townshbip of Gombe, in the West part of Kinshasa, in the district "De Bonhomme" on Boulevard Lumumba, in the East part of the capital as well as (By JJ Lukusa Kawulu) on the crossing of Nyangwe and Liberation avenues in Lingwala township in the center-west of capital.

These works, according to the Head of State, are intended not only to embellish the capital, but also to make traffic flow on the main arteries of the city of Kinshasa by reducing travel time, by eliminating traffic jams at rush hour. They concern the tracks that drain a large number of vehicles to downtown and vice versa. The flyover will allow drivers to drive without stopping on the crossroads of several roads.

Of all these flyovers, those located at the "Pompage" and "Mandela" intersections are going very fast with its implementation. The flyover works of Pompage junctions are already at the drilling level for the construction of two piles to support the weight of the central bridge. For this work, it is also about the setting of a layer of cleanliness on which the columns will be brought up...