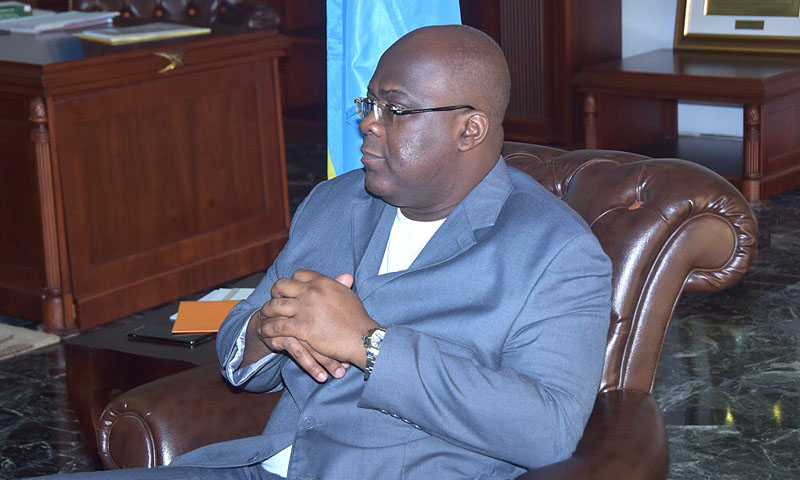 Internet
Kinshasa10-06-2019Politics - The President of the Republic, Félix Antoine TshisekediTshilombo, reiterated his promise to work during his entire mandate for the unity of the Congolese people, during a hearing he granted on Friday, to Christian musicians who came to listen him their song about the unity of the country.

The Head of State welcomed the initiative taken by these musicians before thanking them and congratulating them for the realization of this song and calling them to work together in the unity for the development of the country. This song, he stressed, was a comfort after his election while some political leaders have distilled tribal-ethnic discourse instead of encouraging the people to unity.

"You did an exploit. It's an idea that comes from God. People have to get involved in with this song, "he said, before reassuring them of his commitment to go with them up to the end so that all Congolese could listen to this song and meditate on it. "We have a big and beautiful country in which there is a seat for all," he said while urging them to work against tribalism and divisions.

During his investiture on 24 January, President Félix Antoine Tshisekedi Tshilombo declared that "the strength of the people is based on unity and national reconciliation". For this purpose, he promised to work during his term of office, so that peace and unity reign and that the nation he is going to rule is not a country of division, hatred or tribalism, but a reconciled and united country.