Celestin Tunda calls for the consolidation of the FCC-CACH coalition 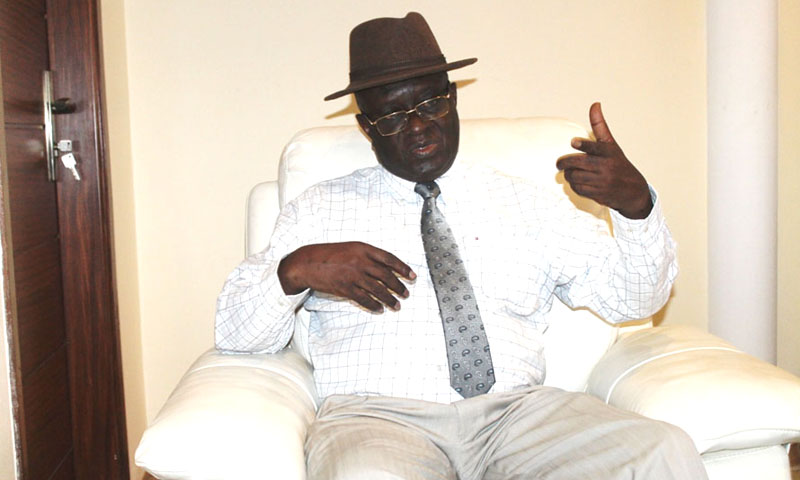 Internet
Kinshasa11-06-2019Politics - Reactions fuse everywhere after the last demonstration of the Udps fighters inside the People’s Palace to warn the FCC deputies who, according to them, would have attacked openly to the Head of State, Felix Tshisekedi, by qualifying, moreover, his orders on the SNCC and the Gécamines of illegal.

In an interview on Monday, June 10 with the Newspaper La Prosperité, Me Célestin Tunda ya Kasende, senior of Common Front for Congo (FCC), rebelled against acts of violence perpetrated by the Upds’ supporters within this institution supporting democracy.

He calls on all actors of Cap for Change (CACH) as well as those of the FCC, his platform, to pull oneself together and consolidate the health of the coalition. The latter, he adds, contributes to the interest of the Congolese population on all sides.

Me Célestin Tunda ya Kasende underlies that the militants of Cach, in general and, of the Udps, in particular, are quite right to demonstrate especially as they consider to defend the President of the Republic which, obviously , comes out of their political and even ideological guts. However, he condemns the fact that this base has thrown itself into violence by vandalizing, indirectly, the vehicles of a few national deputies.

One thing, according to him, touches even the sacredness of democracy, which nonetheless consecrates the popular expression in a peaceful way. "We cannot prevent popular reactions. Because, it is normal, but we condemn violence as democracy is not compatible with violence. To manifest is not bad, but to go so far as to prevent the deputies from sitting with acts of violence; that is what is wrong", Tunda ya Kasende said.

At the same time, this PPRD senior added that the proper mechanism that these fighters should follow to make their voices heard in a democratic way would have been to address their elected representatives who have the prerogatives to react by motions or declarations.

On the other hand, beyond all these acts that must already be conjugated to the past, this political actor invites the FCC and the CACH to go ahead to save the Congo and, de facto, the Congolese people. Question at the same time not to spit on the peaceful alternation acquired at the top of the state, while several "destroyers corrupt in the pay of enemies of the Republic" expected Chaos in the country.

"We have to move forward because we cannot ruin the coalition that is established, no matter what mistakes have been made on the left or on the right. If we spoil the coalition, we are prejudicing the Congolese people. On the side of the Cach, just like the FCC, we must see things positive. We have to pull together to get things done", he said.

Me Celestin Tunda ya Kasende called on all Congolese to understand that many want DRC evil. For this purpose, he invites everyone to be careful, not letting these incidents undermine the health of the FCC-CACH coalition.