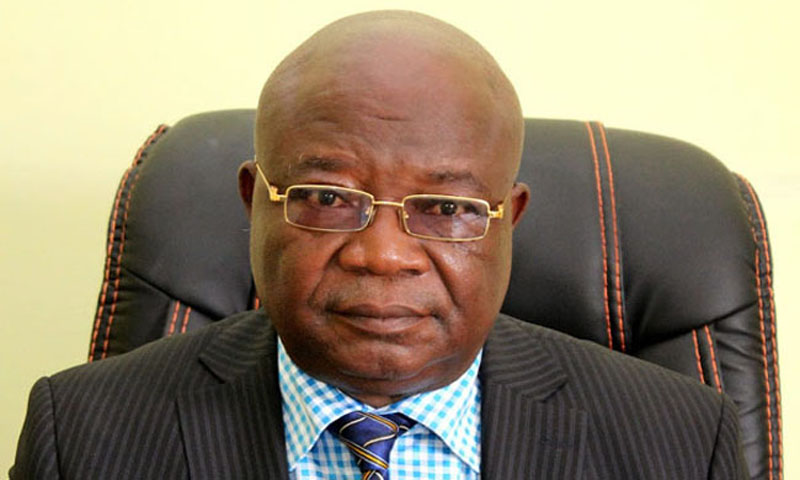 Internet
Kinshasa11-06-2019Society - The offender is deprived of his function as president of the National Union of the Congo press by the Disciplinary Committee, and the official press card will have to be withdrawn.

In a decision made public Monday, June 10, the Committee of Discipline and Professional Ethics (CDEP), the Peer Court of the Press National Union of Congo (UNPC), has just been struck off the profession of journalist Mr. Kasonga Tshilunde Joseph-Boucard, who suddenly loses his position as Chairman of the Steering Committee of this organization.

He is accused of a serious violation of the Statutes of the Union in its Articles 29,32, and 33 which regulate the financial management of the Union, by excluding from financial acts the signatures of the Secretary General and the Treasurer General. He also managed the Union outside its Statutes.

Also, a severe warning was given to the general treasurer Banzi Bambela not to lack rigor in the regular performance of her role and keeping in accordance with the accounting rules of the financial statements of the Union. It is forbidden for other members of organizations of the Union to interfere with this decision. This, in accordance with Article 64 of the Special Statute of the CDEP, which is, according to Articles 38 and 39 of the Statutes of the Union, independent and autonomous. Thus it was decided that the Commission should withdraw the official press card No 001 from Mr Kasonga Tshilunde Joseph-Boucard.

In addition, the Discipline and Professional Ethics Commission draws the attention of the sisters and brothers of the profession that this decision is a plea to warn any future president of the UNPC, not to use it as cow milk, to be worthy and honestly at the service of the profession.

Elect another president of the Unpc

Likewise, she asks the members of the Steering Committee, present in Kinshasa, to apply Article 30 and the other statutory provisions that are preparing for this circumstance to fill the void at the head of the Union. The charges against Mr. Kasonga Tshilunde are numerous.

He is accused, among other things, of having violated the Statutes of the Union, by establishing, without the approval of the Congress, the only authority to amend the Statutes, the manual of accounting procedures, not provided for in the Statutes, in which he departs financial acts the signatures of the Secretary General and the General Treasurer, such as an authorizing officer of all expenses, but nevertheless being in an association.

In addition, having received and managed alone some sums of money owed to the Union by the Free Press and Inter News partners, instead of the general treasurer Banzi Bambela; to have deregulated the field of co-signatures with the Secretary-General, namely correspondences and acts committing the Union.

Also, to have practiced the forgery and use of forgery on a UNPC mission order, during his trip to Mbuji-Mayi with the governor Ngoyi Kasanji, in the case opposing him to Brother Ndeko Eliezer Tambwe; mission order he had signed by the auditor Jasby Zegbia Wambulu, non-authorized person.

The Disciplinary Committee notes that Mr. Kasonga Tshilunde acknowledged in his appearance, in violation of the Statutes, that certain sums of money owed to the Union were managed by the accounting Secretary Ruth Kayumba, who is statutorily sometimes uses instead of the Treasurer General.

In addition, having made an official mission to Lubumbashi by UNPC mission order, for the purpose of submitting, on behalf of the UNPC, the diploma of honor to Moise Katumbi; and that Mr. Kasonga Tshilunde had received from Mr. Moise Katumbi a sum of US $ 15,000.

But back in Kinshasa, no report or restitution was made to the other members of the Union, and especially to his colleague members of the Executive Bureau, or to those of the steering committee. And that with $ 15,000, he used only US $ 11,000 that was never paid in the central fund or in the bank account of the UNPC.