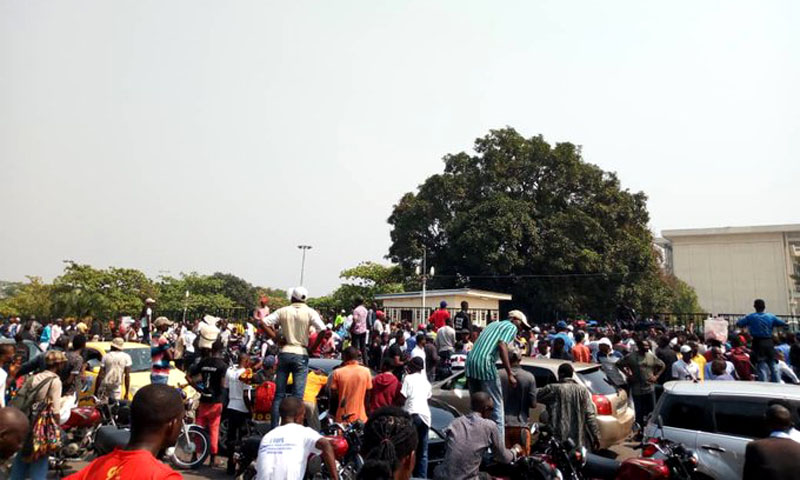 These activists reacted to the comments of deputy Mundele Nawej, who during the debate on Friday, June 7, on the Presidential Orders appointing Directors and members within Gécamines and the SNCC, had affirmed that Félix Tshisekedi signed these orders in "unconsciousness state ". For the militants of the Cach, this is an insult against the President of the Republic, supreme institution of the country to which we owe respect. The protesters wanted to warn the deputies about these kinds of words that do not honor them.

On the side of the National Assembly, the reporter Célestin Musao Kalombo, called for calm. He noted that for the day of Tuesday, the security was strengthened and the calm returned. However, Tuesday's plenary did not take place in either the lower house or the Senate. "We will meet and make an inventory. It is after this assessment that we will fix the opinion on the date of the next plenary, "he told digitalcongo.net. Mr MusaoKalombo however lamented the fact that there was a break and deputies were abused.