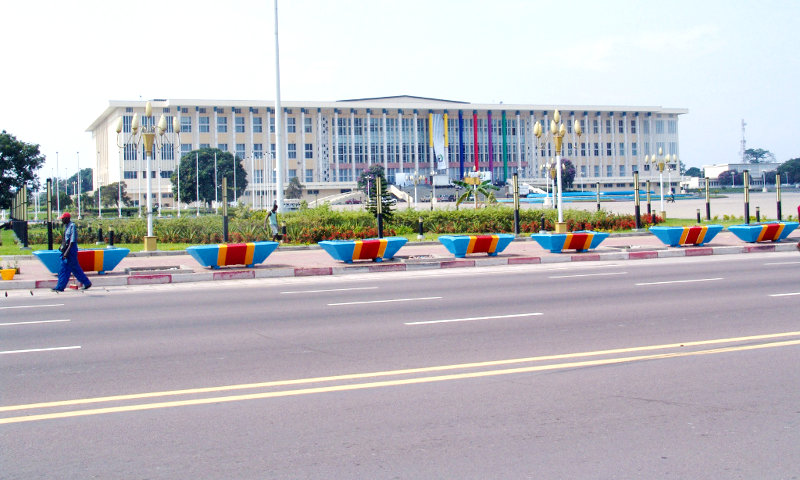 Internet
Kinshasa30-07-2019Politics - The two personalities highlighted, among other things, the significant challenges in a country where the population has almost quadrupled in 60 years.

Parliamentary diplomacy is in progress in the lower house of the Parliament of the Republic. On Monday, July 29, 2019, early in the afternoon, the Speaker of the National Assembly, Mrs. Jeannine Mabunda Lioko, received in audience in her office at the People's Palace, the Belgian Minister of State and former President of the Representatives House, Mr. Herman De Croo, on a working visit to the Democratic Republic of the Congo.

Herman De Croo, who spent nearly 51 years in the Belgian Parliament, did not hesitate to appreciate the personality of the speaker of the lower house of the Congolese Parliament. "He is an important personality.

It is a great pleasure to discover that in this case, is the first woman President of the National Assembly of a large country, who will have to manage 500 colleagues. It is not easy in this country. I think she has very clear views on what can be done and what is balanced.

Majority is only defined by the Opposition and the Opposition is defined only by the Majority. Between the two, it is the fate of the people that must prevail. It is a woman of will who realizes the importance of a modified Parliament, "he said at the end of the exchange he had with Jeanine Mabunda.

The two personalities underlined, among other things, the important challenges that arise in a country where the population has almost quadrupled in 60 years. "We do not consider the extraordinary impact that there is for the distribution, for the future, for the situation of cities and other large agglomerations.

This poses even greater challenges, "said the Belgian envoy. Herman De Croo and Jeanine Mabunda also agree on the need for the elected representatives of the people to remain close to the population.

A question that already finds its answer in politics, better the vision defined by the current No. 1 of the National Assembly. In the process, the Belgian Minister of State reiterated the wish for a positive collaboration under the conditions of a correct management and that implies the absence of monopolization of wealth by a group of individuals.

"This seems to me to be crucial for the credibility of a parliamentary system that, after all, is the best," he said. On the economic level, the Belgian Minister of State believes that the Democratic Republic of Congo is more than its mines. He challenges the authorities of the country to focus on the power of agriculture, forestry, hydraulics and all that is renewed. "Because every year, a shovel of ore that leaves the Congolese territory is a shovel lost forever, unlike a field that is cultivated today and could be cultivated again next year", he pointed out.