Tshisekedi to Congolese: "Great change is possible if everyone adopts a responsible attitude to the challenges" 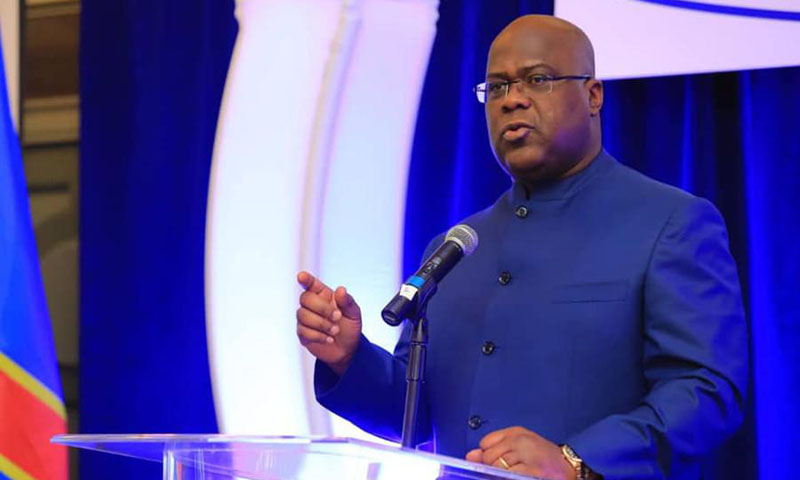 Internet
Kinshasa10-09-2019Politics - President Felix Tshisekedi sent a message on Sunday inviting his compatriots to the change that he thinks is possible.

Against all odds, the President of the Republic, Félix Antoine sent Sunday a message to the Congolese Nation during which he said: "The big change is possible if everyone adopts a responsible attitude to the challenges."

In his short communication broadcast on National Television, he explained that it is to give the signals of change that he launched the 100 days program devoted to the rehabilitation and modernization of basic infrastructure with available means.

"I refused to behave like a passive spectator, facing the thirst for immediate change observed among all those who voted for the change of management at the top of the State."

For Felix Tshisekedi, the first projects open in Kinshasa as well as in the provinces aimed at relieving the Congolese, in a way, of transport, health, education, the evacuation of agricultural products, the supply of electricity and potable water…

It was to express his will to find urgent solutions while waiting for those, durable, for the populations of our cities and our campaigns. He remembered that since his electoral victory of December 31, 2018, and his investiture on January 24, 2019, he has constantly felt challenged by the test of his father Etienne Tshisekedi, echoed by his fellow citizens, namely: "Felix Tshisekedi, Papa alobaki le Peuple d’abord- means your father recommended to first all take care of people.

It is to give the signals of change, that he has launched the 100 days program devoted to the rehabilitation and modernization of basic infrastructure, with available resources, he noted: "We must change and to embody change wherever we are, for the country to grow.

Do not wait to make decisions that will improve the lives of everyone. As small as the impact of the action you can take. It remains important to achieve the goal: the change..."

Call by members of the Government  He has not forgotten to appeal the members of the government and other managers of public affairs inviting them to adopt responsible attitude and showing competence and, above all, to exclusively put themselves at the service of their compatriots, expressing moreover, his concern to see all Congolese have access to health, to education, to put an end to the phenomenon of homeless children or raped women.

As an apostle of the unity in all dimensions of his compatriots, he expressed the wish of a Congo with only one camp that of " united Congolese and proud of their rich diversity ..." Political divisions, religious tribal and others should belong to the past."