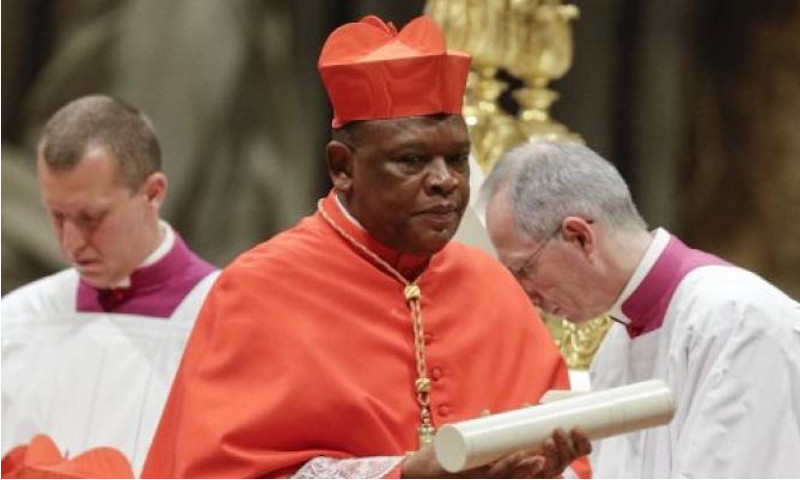 Internet
Kinshasa27-02-2020Society - The Congregation for the Devoted Life Institutes and the Apostolic Life Society, one of the Roman Curia-keys of the Holy Father was please by the appointment of cardinal Fridolin Ambongo at the Roman Curia.

Pope François has appointed cardinal Fridolin Ambongo in the congregation which deals with all that relates to the regular institutes and the apostolic life society in the Roman catholic Church.

In this congregation, the archbishop of Kinshasa whose predecessor occupied a key position at Holly Father’s seat (one of the 9 advisers of the pope, C9) - was named like "member".

He will remain Pastor of the archdiocese of Kinshasa and vice-chair of the national episcopal conference of Congo (CENCO). His nomination in the Roman curia concerns a normal procedure of the Church: any cardinal after his creation is affected in a congregation.

Among the promoted cardinals appear, the metropolitan Archbishop of Kinshasa Fridolin Ambongo, member of the Roman Curia of the congregation for Devoted life Institutes and the apostolic life Society.

"Our sincere gratitude and thanks towards the Holy Father to have named us like member of roman Curia of the congregation for the Devoted life Institutes and Apostolic Life Society within the Roman Curia. To all, thank you to pray for us ", Cardinal Fridolin Ambongo reported.