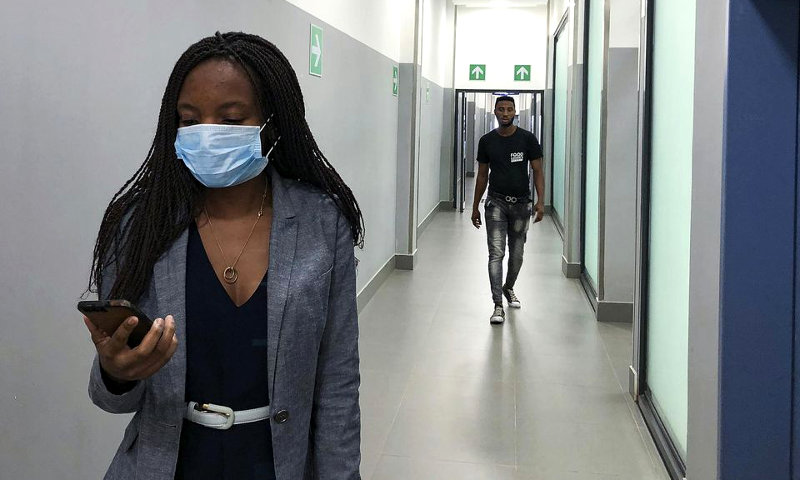 Internet
Kinshasa22-04-2020Health - It is a first since the beginning of pandemia, last 10 March, in democratic Republic of Congo. The daily report issued late in the evening of April 21, 2020 by the response team against Coronavirus announces 10 cures.

In its report of April 21, 2020 on the epidemiologic situation of the coronavirus in democratic Republic of Congo, the committee of response points out that 10 new people are cured of this pandemia- a record figure since the beginning of the epidemic which saw a certain moment the number of deaths exceeded that of cured. But according to this last daily report, the ten (10) new cures make leap the figures of cured which pass from 35 to 45 cured.

At the side of death, nothing to announce in this report… The figures of 25 dead remained unchanged. On the other hand, the committee of response underlines 9 new cases of disease were confirmed, all in Kinshasa, epicentre of pandemia in DR Congo- What increases the total number of the contaminated people to 359 cases. According to this committee of response, 190 patients are in good evolution.

As regards government and congolese presidency, urgent measures against this pandemia were prolonged, in particular the prohibition of the gatherings of more than 20 people; holding of the worships, the opening of the terraces and bars as well as the courses in schools and universities. The urgently state issued by president Felix Tshisekedi on last 24 March could be prolonged of 15 days additional by the deputies and senators. And that, before the expiry of first 30 days deadline (on next 24 April).