14 dead and severely wounded persons, death toll of the scuffles between the believers of Bundu dia Kongo and the police force in Songololo 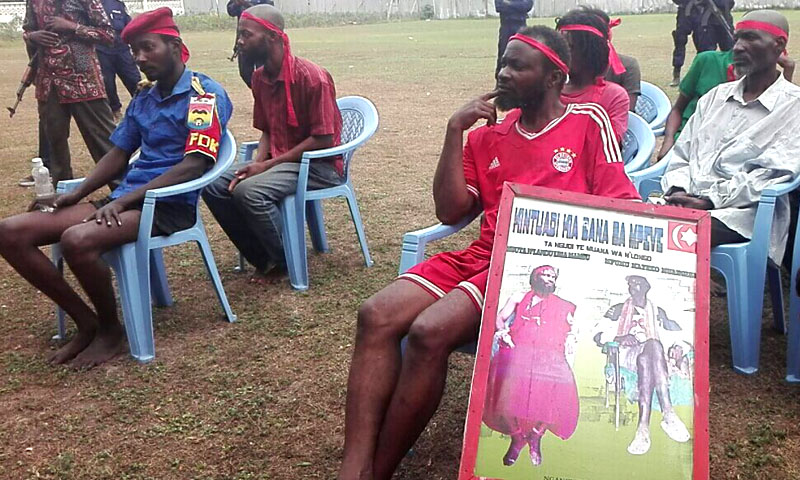 Internet
Kinshasa23-04-2020Politics - The followers of the mystico-monk sect that leads Ne Muanda Nsemi has sadly made speak about them.

Indeed, Wednesday April 22, 2020 in the city of Songololo in the province of the Kongo-Central, 14 dead and 2 severely wounded persons requiring a care were recorded at the side of Bunda dia Kongo, after an operation of re-establishment of the law and order carried out by the police force which changed into confrontation.

7 people wounded recorded on behalf of police force following these scuffles, according to a death toll made public by the spokesman of the police force, Colonel Mwana Mputu.

It comes out from this same report, during a secret meeting held at a private individual, of whom the house was ransacked thereafter by the population, the followers of Bundu dia Kongo planned hunting for the no native and had passed to the act.

Dispatched on the ground to restore peace, the police force met a strong resistance on behalf of the Bundu dia Kongo’s followers- that degenerated into a confrontation.

This dramatic situation caused strong reaction as well provincial as national authorities. For the vice-governor of Kongo-Central Justin Luemba, the province of Kongo Central is a cosmopolitan city which must welcome everyone without discrimination. The behavior of the Bundu dia Kongo’s followers is not justified. There are son of Kongo Central who occupy important functions in other provinces. "They handed a memo on Tuesday April 21 at the governorate and without waiting for the answer, they passed to the act", he regretted. He pointed out that governor Atou Matoubuana stays in Kinshasa within the framework of the search for a solution to the problem.

Minister in charge of the Human Rights, André Lite, deplored this behavior which caused death of men. He affirmed that Ne Muanda Nsemi should be taken care by justice to answer of his quarrelsome acts. The military justice of Matadi was informed to carry out the surveys on this subject.