DRC: 30 years ago, the end of single political party 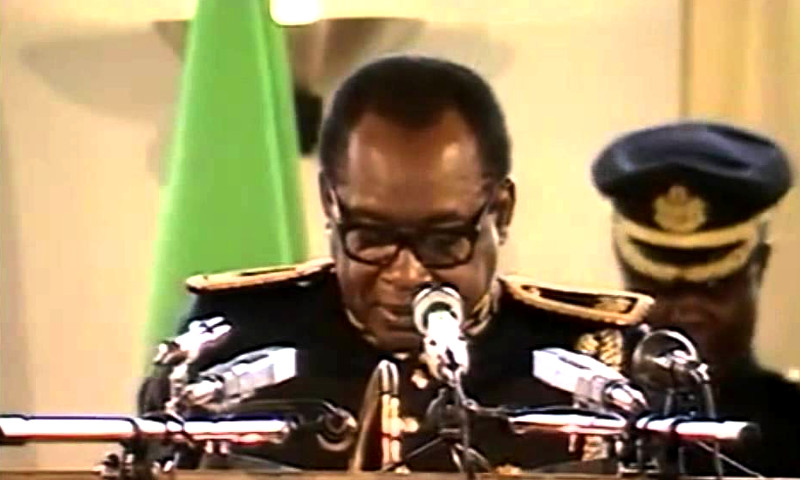 Internet
Kinshasa24-04-2020Politics - April 24, 1990, president Mobutu Sese Seko proclaimed, sobbing, the multiparty system and turned, in spite of him, the page to about twenty years of single thought.

"Understand my emotion". This forever famous sentence of the dictator Mobutu Sese Seko, marked while letting escape some droplets of tears on April 24, 1990 from N’sele in front of the national representation, summary to itself his sorrow to only give up a monopartism, a single political party system embodied to perfection by the popular Movement of revolution (MPR).

The blowing wind of democratization rather extremely in the world after the end of the cold war could not save the African countries, ex-Zaire in particular.

With these hesitations, the country had evil to launch out truly in the democratic life. It was necessary to wait seven years to see Mobutu yielding the power on the point of feet, reversed by the revolution of the AFDL (Alliance of the democratic forces for the release) conducted by Laurent-Desiré Kabila who self-proclaims president of the Republic.

Assassinated in 2001, he will be replaced by his son, Joseph Kabila, at the head of the country. It is the latter who will rule the country to its first truly democratic and universal elections in 2006, preceded by an atypical transition to the formula 1+4 (a president and four vice-presidents resulting from the armed and no armed opposition) and promulgation of the Constitution on February 18, 2006 after popular referendum.

Elected in 2006, Joseph Kabila will be the first president resulting from the ballot boxes.He will be re-elected in 2011 before democratically being aside by himself in 2018, prevented by the Constitution from representing again.

Since January 24, 2019, it is Felix-Antoine Tshisekedi, resulting from greatest party of opposition, UDPS, which will be invested fifth president of the DRC at the end of the first and historical peaceful transfer of the power at the top of the State. In thirty years, the DRC met serious matters in its search of the democracy. Timidly, it made remarkable progress to capitalize for better going ahead.