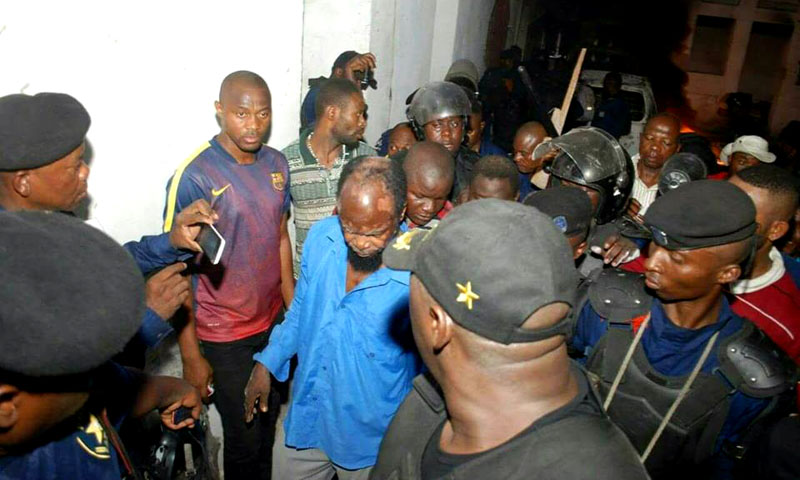 Internet
Kinshasa24-04-2020Politics - The leader of the politico-monk movement, Bundu Dia Mayala, had illustrated himself these last weeks by calls to the revolt against the established authorities.

45 minutes attack in his headquarters of Ngaliema was given this morning. The negotiations started yesterday in the afternoon so that he voluntarily surrenders did not succeed whereas the police force squared already the perimeters of his residence.

Ne Muanda Nsemi had been illustrated these last weeks by calls to the revolt against the established authorities. His messages also had a side of segregation, calling to the independence of Kongo Central space including Kinshasa.

The man also claimed his emoluments like deputy of last legislative and the rehabilitation, the remit of his real goods ransacked during his last interpellation four years ago. He was already escaped on May 17, 2017 from the central prison of Makala after an attack of his men before reappearing last year.