Israel: after having rambled on Tshisekedi and Kabila, journalist Christian Malard apologizes 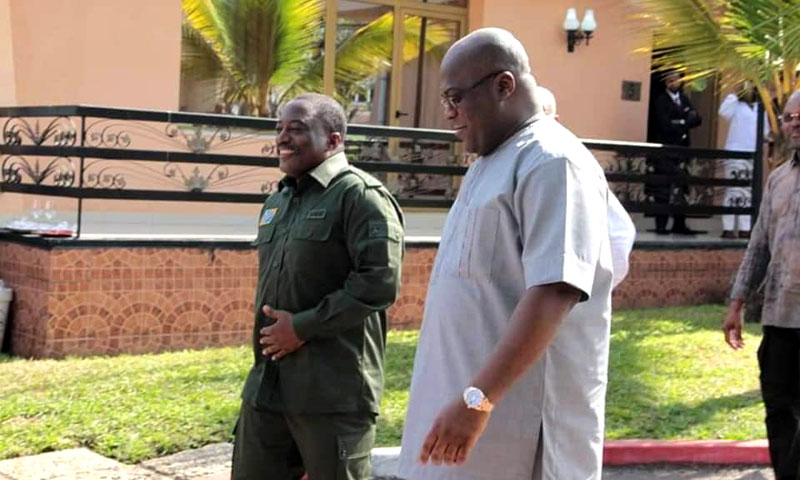 Internet
Kinshasa28-04-2020Politics - The insults uttered on the Israeli channel "I 24 News" against the congolese president and his predecessor by the former Israeli journalist, Christian Malard, caused a wave of indignation in democratic Republic of Congo. What pushed this correspondent to apologize.

He added some benevolent words:"And then I want to say to them and that I wish them good continuation and courage in this time when Coronavirus shakes the planet. And then I really hope that the future will enable us to advance in all solidarity and serenity in the mutual respect and with a better comprehension, maybe, of my share"

Well before these words, this former journalist had completely used two duplex insulting the congolese authorities, particularly president Felix Tshisekedi whom he described of "tyrant" and "swindler" before carrying the same qualifiers to his predecessor, Joseph Kabila, while adding a new layer:"sanguinary tyrant". Words which revolted of Congolese people as well in the rows of official of the officials

The first to be spoken, it is the Foreign Minister, Marie Ntumba Nzeza, who addressed a correspondence, last 26 April, to his Israeli colleague, regretting about the" scornful, abusive, disrespectful and irresponsible talks" held by this journalist. He particular invited the channel I24 News and his journalist to present public excuses at the congolese people and his head of State.

Another congolese official, not the least, it is Minister in charge of the international Co-operation, Pepin-Guillaume Manjolo who, on the national channel (RTNC), qualified these talks "of unworthinesses". He revealed that he personally called "" the president of this Israeli channel who apologized about these talks. Pepin -Guillaume Manjolo said to also expecting t excuses on behalf of Christian Malard, before answering the invitation of this channel. "It is first all of the presidential institution, it is crowned! If at them, it is not crowned, it is their problem!", Minister Manjolo explained.

Minister of the international Co-operation got advantage to recall the state in which, the former president Joseph Kabila had found the democratic Republic of Congo "(…) president Joseph Kabila found the country under very difficult conditions… This country which was ruled by the Occident through a dictatorship during nearly 32 years and was recovered almost in crumbs, it made a honourable and structured with institutions…", he reported. Before adding that facing Joseph Kabila, an opponent of a very long date [ Felix Tshisekedi, note ] "who was relegated to his father during very a long time. These two personalities [ Joseph Kabila and Felix Tshisekedi ] who suffered martyrs in this country bring on their shoulders the dignity and the sovereignty of our people whose sufferings go up on very long dates (colonization and slavery). "

According to Pépin Guillaume Mandjolo, this journalist is only a subcontracting of some Congolese. "There is a series of compatriots who sub-contract this wretched message", he revealed. And on the side of unquestionable Congolese, the analyses of this journalist miss clearness and balance "He is old, it is extremely possible that he rambles on", a user of internet speaks ironically.