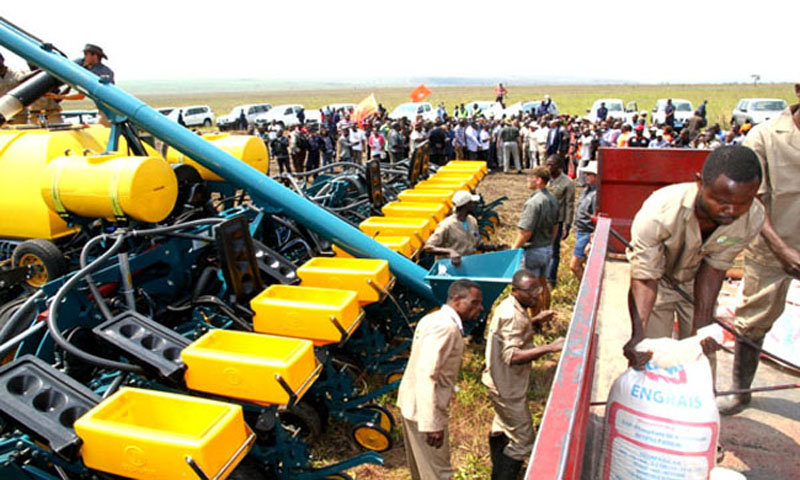 Internet
Kinshasa29-06-2020Economy - Kwango has been chosen to benefit from the urgently food program to increase the agricultural production.

On the instruction of the Head of the State, Felix Tshisekedi, the province of Kwango was chosen to benefit from the urgently food program for the increase in the production in order to face against the negative socio-economic effects of coronavirus.

It is what justifies the presence of the minister of Rural Development, Guy Mikulu Pombo, in the province of Kwango to inspect the state of the priority roads to rehabilitate in this province.

Guy Mikulu Pombo, inspected Bukanga-Lonzo, the territory of Kasongo-Lunda where he noted the presence of a machine for the drilling of well broken down and given up for a certain time. He asked for the repair of this machine.

Let us announce that the congolese government decided to support and reinforce the capacities of the national agricultural productions for the provinces close to the town of Kinshasa with a view to supply the easy foodstuff of first need.