Repatriation to Kinshasa of 98 Congolese blocked in Turkey: the government held its promise 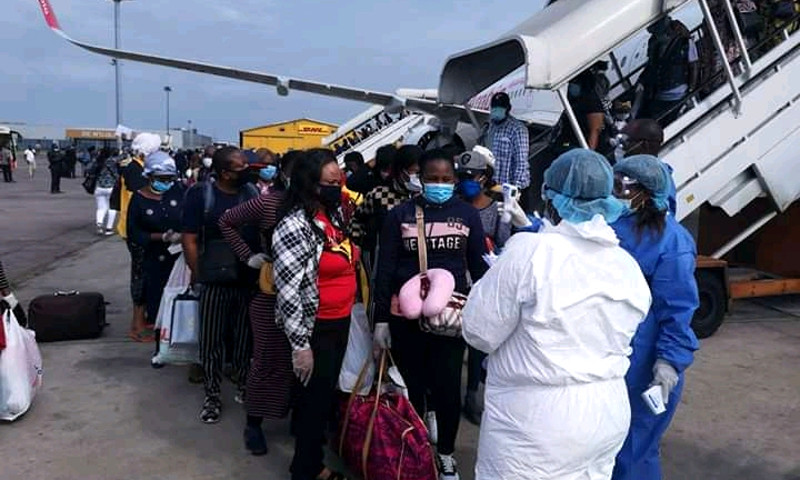 Internet
Kinshasa02-07-2020Politics - This repatriation has been effective for this Wednesday July 1, 2020 when one saw the compatriots regained the capital by the international airport of N’Djili through the special flight of Turkish Airline hooped for the circumstance.

Promised thing, has been done, the congolese government carried out its promise by the repatriation of almost 98 Congolese blocked in Turkey because pandemia related to Covid-19.

This repatriation has been effective for this Wednesday July 1, 2020 when one saw the compatriots regained the capital by the international airport of N’Djili through the special flight of TurkishAirline hooped for the circumstance.

This repatriation was effective thanks, on the one hand, to the involvement of the congolese government through the Ministry responsible of Foreign Affairs which held promise and that of the government which militates for materialization of the vision of the Head of the State as well as the intervention of the libano-congolese businessman, Abed Hachour who tightened his hand.

The gesture posed by this young businessman was thus greeted by the government the compatriots who in front of the circumstances imposed by the pandemia of coronavirus were impotent and did not know any more how they could return to the country.

My thanks are also addressed to the congolese people for confidence ".

Certain compatriots could not retain their tears of joy, taken emotion, they expressed their gratitude to the Foreign Minister, Marie Tumba Nzeza as well as to the businessman, Abed Hachour.