Meeting around the multi-sector committee of fight against Covid-19: the thought on the lifting of the emergency state 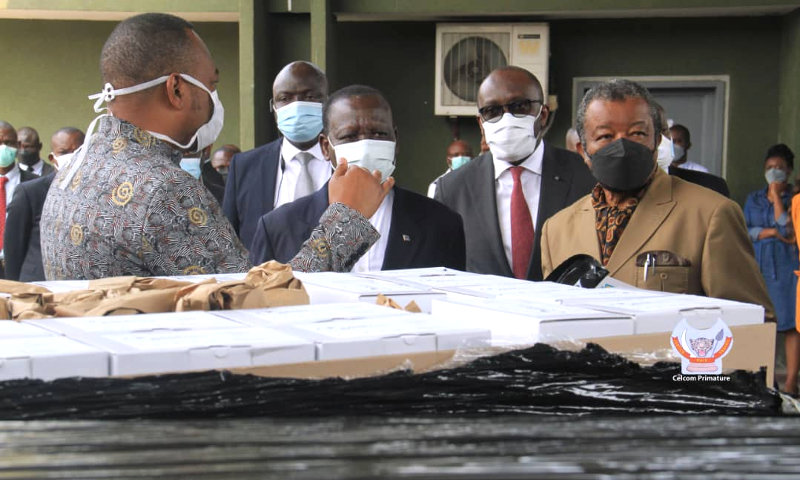 Internet
Kinshasa03-07-2020Health - Reading the minutes of the meeting, the governor of the province city of Kinshasa, Gentiny Ngobila, pointed out that the thought on the lifting of the emergency state is already launched by the Prime Minister, it will be done under some conditions.

The meeting of the multi-sector Committee of the fight against the pandemia of the covid-19 took place on Thursday, July 2, 2020 around the Prime Minister, Sylvestre Ilunga, president of the committee.

The main topic of the exchanges was, lifting of the urgently medical state, under some conditions.

It arises from the report carried out that the country counts from now on more than 7000 declared cases and 176 deaths through the national territory.

Reading the minutes of the meeting, the governor of the province city of Kinshasa Gentiny Ngobila has pointed out the thought on the lifting of the emergency state is already launched by the Prime Minister, it will be done under some conditions.

But, he said, it belongs to the Head of the State to decide some.

Gentiny Ngobila moreover specified that it was a also question during this meeting of reviewing the situation of unconfining of the township of Gombe which has been opened for this Monday, June 29.

The number one of the town of Kinshasa revealed that barriers measures enacted by the authorities are not suitably respected.

We noted that the majority of the Kinshasa people do not carry their masks. They must know that the disease circulates in the town of Kinshasa, the governor underlined.

Whereas the country reached the number of 7179 cases, including 176 dead, Gentiny Ngobila denounces the irresponsibility of certain media which say that Covid-19 does not exist.

We must continue to observe the epic barriers and other measures of distance, as well as the obligatory wearing of the masks. We must take this pandemia with serious, because it indeed exists.

It should be noted that took part in this meeting, the ministries responsible of the Budget, national Defense and ex-serviceman, the Minister in charge of humane actions, national solidarity, of the Higher education and university, close the President of the republic, close the Prime Minister, of Health, Safety and usual Affaires, Finances, the secretary-general of the government as well as the coordinator of the technical secretariat of the multi-sector committee of the fight against Covid-19.