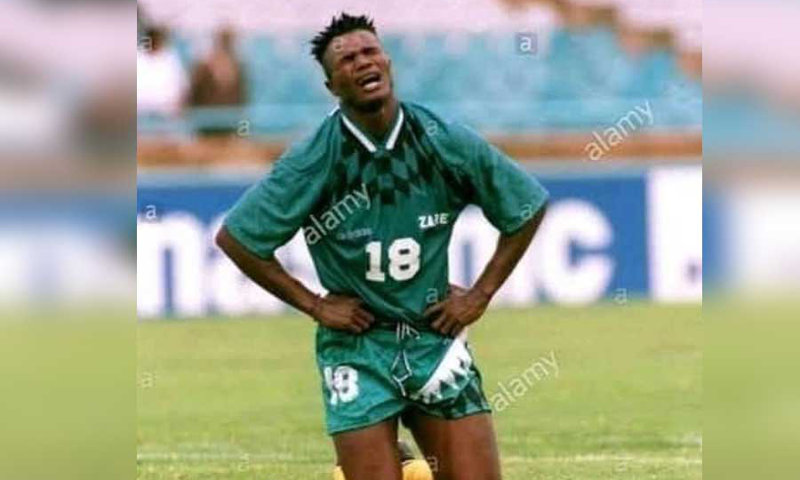 Internet
Kinshasa04-07-2020Sports - The president of the congolese football Federation and the whole of the congolese sporting community paid a vibrating tribute this Saturday July 4 to Emeka Esanga Mamale, at the time of a funerary ceremony before his burial.

The sporting world made the last tributes to Emeka Esanga Mamale this Saturday July 4, 2020 at the Cinquantenaire hospital before his burial at Nécropole cemetery.

The Minister in charge of Sports, Amos Mbayo, the various sporting leaders, his former fellow-members and some admirers were present at this short ceremony of farewell.

"Mamale is one of the rare players to have brought a new wind in our football. No need to recall that he was honest, like evoked it his ex-fellow-members. Good-bye the artist! You remained misunderstood, but your talent exceeded our borders. The new generation will take as a starting point your history and your talent ", Constant Omari declared.

"You will remain one of the most admired players country", affirmed, for its part, Vidiye Tshimanga, president of Daring Club Motema Pembe (DCMP), club which revealed Mamale about the years 1995.

"I note of him his courage to saying high what everyone said low. It is besides what made that many qualify him of the undisciplined one. I would have liked that these honors are returned to him when he was alive ", Marcel Mayala declared, his former fellow-member in national team.

Emeka Mamale, 42 years old, died on June 25 due to a disease. This very technical, famous player for his very soaked character had filled with wonder the footballistic national space towards the end of 1990.

HEHe played three African Cups of Nations with the national selection: in 1996 in South Africa and 1998 in Burkina-Faso. With the DCMP as well as Mazembe, he made only one flash passage. He passed the main thing of his atypical career to South Africa (Kaizer Chief, Qwaqwa Stars), in Belgium (Lokeren) and Angola (Cabinda, Primeiro C Agosto).