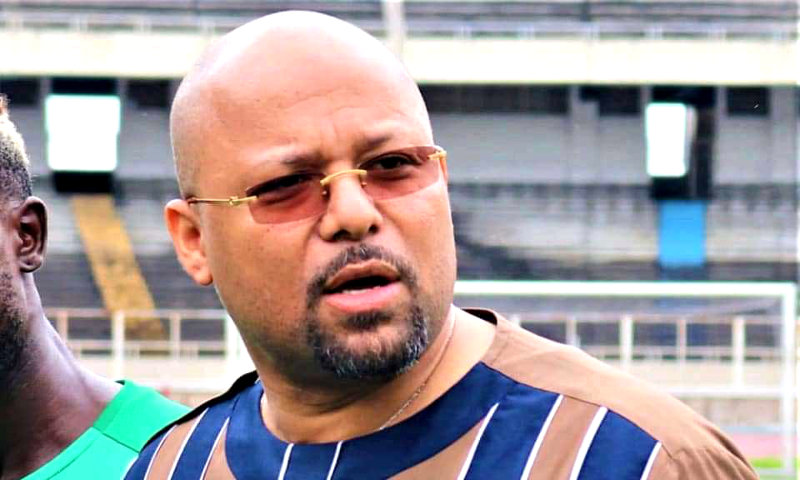 Internet
Kinshasa07-07-2020Sports - The president of coordination of Daring Club Motema Pembe estimates that his accusers want to create the disorder and to jeopardize his dignity and his reputation. Ironically, he says himself ready to subject to one external audit.

On HV television, Ayi Idiambitue, former president of football section of Motema Pembe club, asked the current committee to justify the destination of the US 4 million collected last season at the State and a commercial bank, whereas the players face a problem of retroactive pays.

Ayi Idiambitue requires a financial audit of the board of management for more lighting of the management of these funds.

The reaction of Vidiye Tshimanga was not made wait. Into his Facebook account, the president of the Coordination of the DCMP rejects with his manner these charges.

"To create the disorder and to jeopardize the dignity and the reputation of an individual without any matter, it is called calumny, detrimental charge and/or slandering. The state of right is combined in all the circumstances and especially at the present ", the current boss odf Motema Pembe wrote, qualifying Ayi Idiambitue" of rowdy character ".

"I thus invite this rowdy character in search of notoriety or any Imanien which wishes it, to engage the office of international audit such as Price Waterhouse Coopers, Dloite, EY or KPMG. The expenses will be the responsibility of the applicant, of course ", he continued with irony.

It is following the disagreements with Vidiye Tshimanga that Ayi Idiambitue had resigned of his post of president of the football section. The first in particular accused the second not to financially invest with the operation of the club.

Vidiye Tshimanga has three years to be at the head of the DCMP. He hopes to take along the team the next year until in semi-final of the Confederation Cup and to enable him to win the national championship more than ten years afterwards.