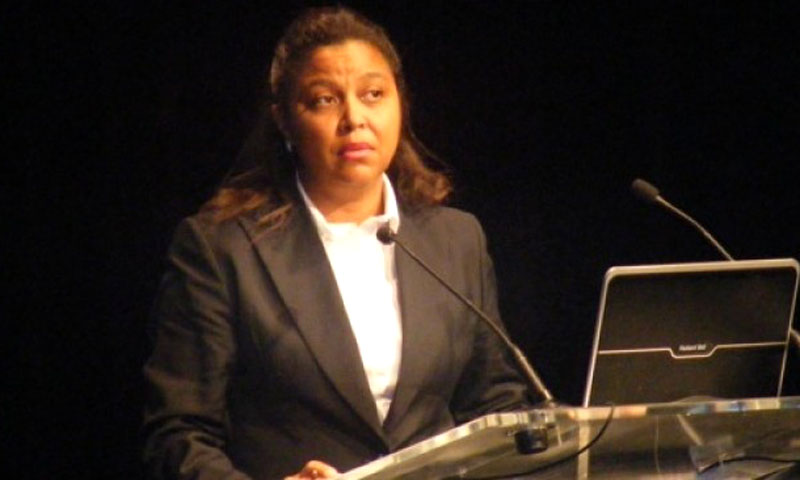 Internet
Kinshasa07-07-2020Sports - The new president of coordination of AS Vita Club expressed herself for the first time since her election, in an interview granted to Radio Okapi. Occasion to spread out her ambitions for Vita club.

The supreme ambition of Bestine Kazadi at the head of V Club is to win the League of the champions or the Confederation Cup. It is what he declared in Radio Okapi.

"V Club must bring back the Africa Cup in DRC. It is the major challenge. It is not my quality of woman whom it is necessary to put forward but rather sporting, my mental of winner, my competitive mind, the search for performance ", she let know.

Bestine Kazadi was elected on July 1, 2020 at the head of the coordination of V Club for a four years mandate. She succeeded Gabriel Amisi who managed V club during 12 years. This last passed to two fingers to win one or the other African competition. V. Club failed finally of the League of the champions in 2014 and of Confederation Cup in 2017.

With a management based on a financial autonomy, Bestine Kazadi hopes to be able to take up this continental challenge, more than 40 years after the first and last African sacring of the team.

"My ambition is to trace strategies to produce incomes, to conclude from the partnerships with large clubs, to find sponsors on the level of the commercial companies. I want to build an autonomous V Club. A club which generates its own funds and which will function like a commercial company with sporting object, like a company- I already did it in the past and I would still do it ", she promises.