DRC: the FCC begins its march as for destination Palais du Peuple 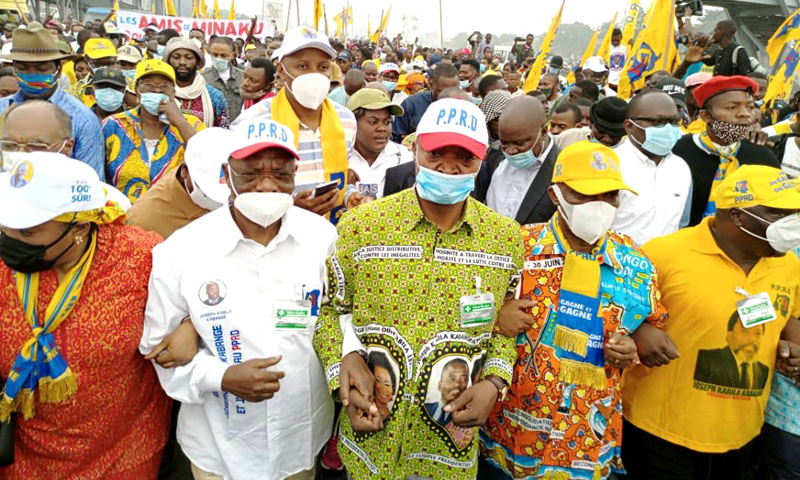 Internet
Kinshasa23-07-2020Politics - As announced, the Common Front for Congo (FCC) of the former president Joseph Kabila is in the street this Thursday July 23 to claim the respect of the Constitution after the discussed orders signed on July 17, by President Felix Tshisekedi.

Several hundreds of militants of the parties and political regroupings of the FCC move towards the Cohydro place, on the boulevard Jason Sendwe, in the township of Kasa-Vubu, in Kinshasa. They gather in this place before going to the Palais du Peuple, seat of the Parliament, to hand a memorandum. Demonstrators on the spot stress songs to the glory of the moral authority of the FCC, the former president Joseph Kabila.

Initiated at the beginning to support the institutions, this march is organized to require the respect of the Constitution. That, after the presidential orders signed last Friday July 17, without the counter-signature of the Prime Minister, Sylvestre Ilunga Ilunkamba, member of FCC platform of Joseph Kabila. These orders were countersigned by its temporary, the Deputy Prime Minister, Minister in charge of Interior and Security, Gilbert Kankonde.