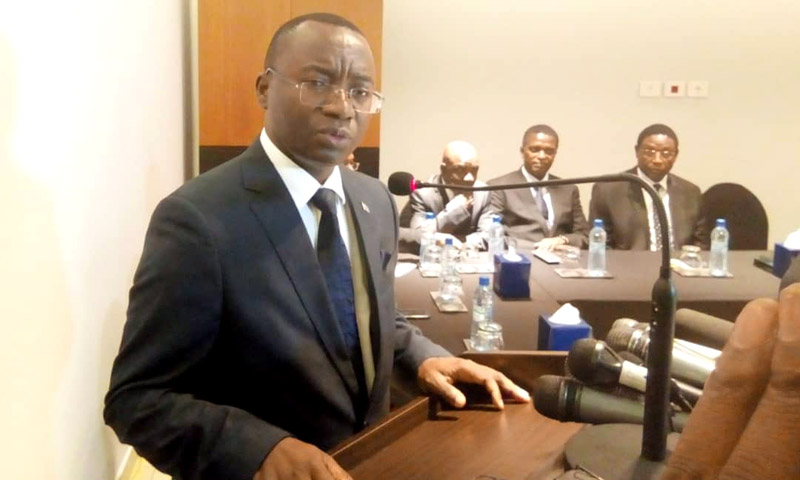 At the end of the march organized this Thursday July 23, 2020 by Common Front for Congo (FCC), its manager, the deputy Néhémie Mwilanya commented on this demonstration. For this last, the majority member of Parliament obtained by the former president at the time of the last elections of December 2018 is not false "the majority of Joseph Kabila is not factitious as one wanted to make it believe. It is a majority which is anchored in the population ", he pointed out to Top Congo FM.

In the street, "we showed that the majority which sits at the Palais du Peuple results indeed from the population which supports it. One wanted to separate legitimacy from the ballot boxes of that of the street ", Néhémie Mwilanya added. That who was also a former principal private secretary of the former president Joseph Kabila combines their parliamentary majority with that of the congolese population, in comparison with the march of this day. "We do not have anything to prove. We have the majority within the institutions and the street. Even if the institutions are remade, we are still majority ", he let know.

Several objectives went with the FCC march of this day. It is inter alia "supporting the Constitution and the institutions of the Republic, to promote and defend the unit and national cohesion and finally, to express its solidarity to the congolese people which suffer not only from the pandemia of Covid-19 but also of a galloping and persistent inflation including the insecurity in its East part".

The FCC, majority at the Parliament, went up against its partner of coalition, President Felix Tshisekedi, after the orders signed by this last and countersigned by temporary while the Prime Minister, Sylvestre Ilunga, was on mission in Haut-Katanga.

These orders relate to the installations within the army and the magistrature. For the FCC, these orders breach the Constitution. "It appears that the programming intention to breach the provisions of articles 79 and 92 of the constitution was manifest", denounced the FCC in a declaration read last Tuesday July 21.

This platform points out that "these orders were neither proposed by the government, nor by the General meeting of the higher Council of the magistrature according to case, even less deliberated in the Council of Ministers, such as the provisions of articles 81 and 82 of the constitution prescribe, as well as article 7 of the organic law of 5 August 2008 concerning the organization and functioning of the higher council of the magistrature