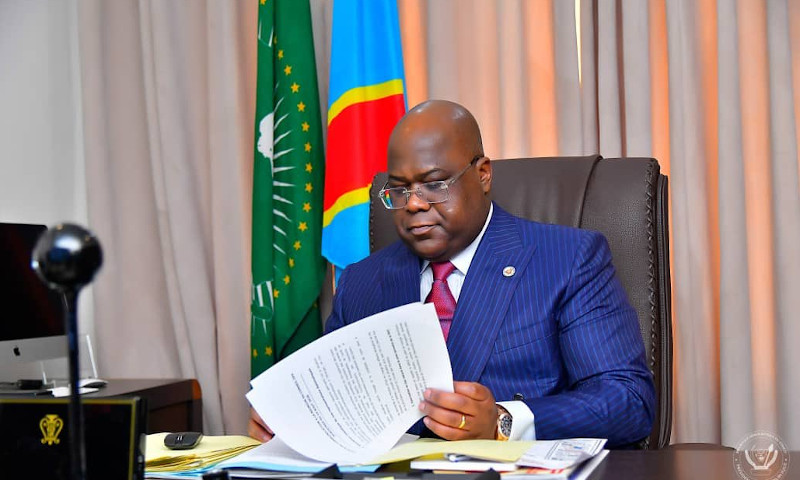 Internet
Kinshasa21-08-2020Politics - President Felix Tshisekedia attended the African Union office meeting of the presidents of the regional economic communities of this continental organization which examined the pandemia problems of Covid 19 in Africa.

(SADC), the President of Republic Félix Tshisekedi attended on Thursday in Kinshasa the meeting of the African Union office (AU) by the same mechanism which put in network the presidents of the regional economic communities (CER) of this continental organization and during which they have tackled the problematic pandemia of Covid 19 over African continent.

It is the South-African president, Cyrille Ramaphosa who by his speech proceeded to the opening of this meeting.

The president of African Union Commission, Moussa Faki Mahamat also pronounced his speech. The Heads of State and government members of the office also presented their allowances whereas Dr. John Nkengasong of African centers of prevention of the diseases (Cdc- Africa) presented the situation about this pandemia.