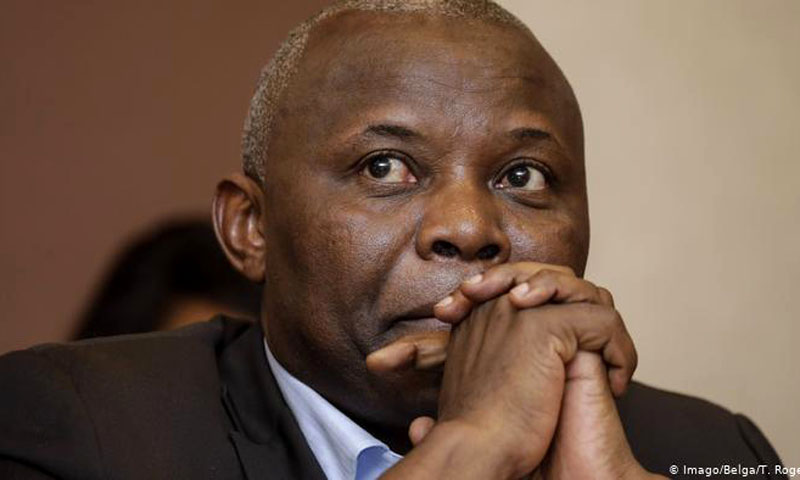 Internet
Kinshasa24-08-2020Politics - Condemned to the first degree for 20 years of prison in particular for "corruption", the principal private secretary of the congolese president is sick. Some of his close relations evoke a contamination with new coronavirus.

The principal private secretary of President Felix Tshisekedi, Vital Kamerhe was evacuated from prison following faintness. He is interned in a hospital of the place. In an official statement Sunday August 23, emanating from his party - UNC - one evokes a concern which reigned following the announcement of the degradation of his health.

Aimé Boji, temporary secretary-general of this political party specifies that the UNC exchanged with the doctors who look after him and informs the executives, militants, sympathizers, the national and international opinion that the health of Kamerhe is "stable but requires a suitable and permanent medical follow-up". Allied oooo f Felix Tshisekedi within the framework of the agreement of Nairobi which saw emerging coalition “Cape pour le changement (CACH) having led Felix Tshisekedi at the head of the democratic Republic of Congo, Vital Kamerhe is in prison since April 8, 2020. Condemned to 20 years of the forced work for "corruption" and "diversion" of public funds, the former president of the National Assembly saw all his requests for bail being rejected by the judges.

At least, his evacuation for reasons of the health care delighted his party. The Union for the congolese nation (UNC) thanks "the authorities of the country to have promptly intervened in order to allow his displacement towards an adequate medical structure of the place", one can read in the official statement of this party. This political formation calls the militants and seniors of the party to be in union of prayer for his "speedy recovery".

Kamerhe who lodged a call against his judgment, will wait until September 28 to be fixed. His lawsuit in call planned on August 22 was deferred for this end of September 2020.