Convocation of Fayulu: for Steve Kivuata, "the court moved back" 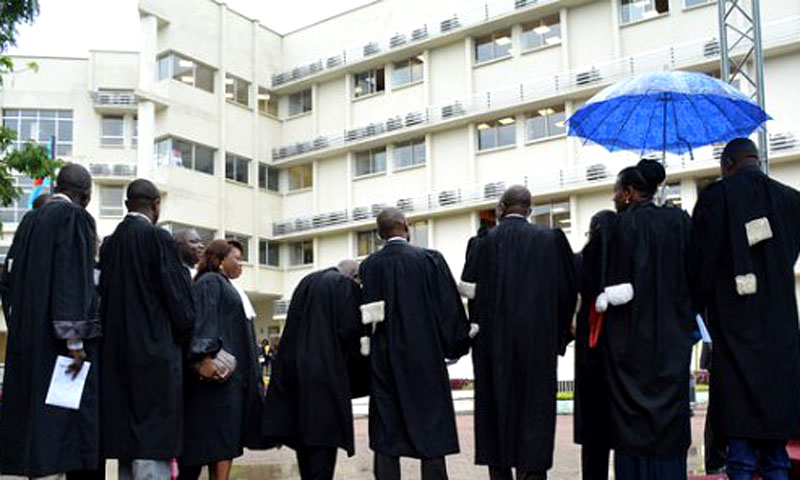 Internet
Kinshasa09-09-2020Politics - After the outcry caused by the convocation of the Fayulu-Ngoy duet, the court denied the authenticity of the invitations addressed to the two unhappy candidates of presidential of December 30, 2018- According to the Fayulu camp, justice moved back.

Several reactions followed the invitations addressed to Martin Fayulu, unhappy candidate of the of Lamauka opposition platform like to Théodore Ngoy, another candidate at the last presidential of December 2018. And yesterday, Tuesday September 8, the commander of the police force of Kinshasa, Sylvano Kasongo denied the authenticity of the invitations addressed by the court close the Court of Appeal of Kinshasa-Gombe to this duet.

For Steve Kivuata, spokesman of the coordinator of the Lamuka coalition, "the court moved back and had fear of popular anger." Already that heated this evening to Masina, he declared yesterday, Tuesday, after the back-pedalling of justice. "Anger is total, no intimidation. The population was very mobilized to go with his elected president [Martin Fayulu ] this Wednesday to the justice. We are surprised of this volte face of justice. If the cause were founded, these authentic invitations would not be called into question by this same justice ", Steve Kivwata affirmed.

Martin Fayulu and Théodore Ngoy were going to be convened obviously for their talks made about the committal for trial of the president of the Republic, Felix Tshisekedi, for violation of the Constitution in his orders of 17 July naming 3 new judges at the constitutional Court.

At the side of the African Association of the human rights (ASADHO), this complaint against these two opponents was inappropriate "the complaint against Fayulu and Théodore Ngoy was neither necessary nor urgent. We knew all that their talks could not determine the Attorney General close the constitutional Court to take unspecified action against the president of the Republic ", this president, Jean-Claude Katende tweeted.