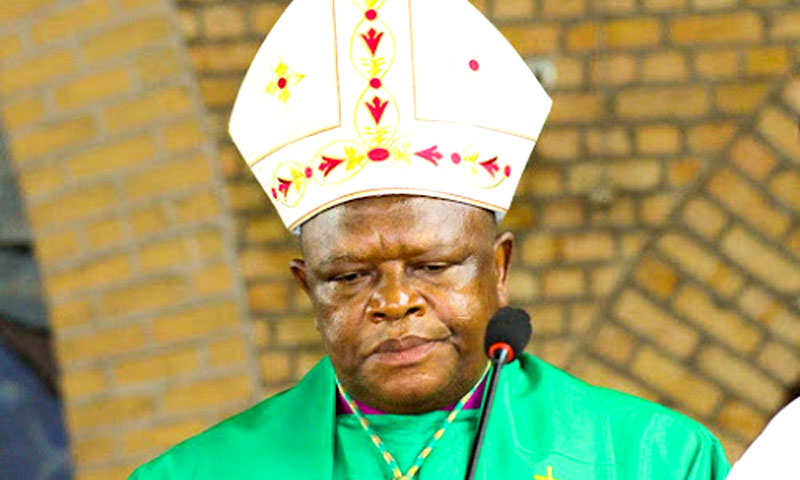 Internet
Kinshasa14-09-2020Society - Having explained, with light and clearness, the world which surrounds us, cardinal Fridolin Ambongo Besungu launched an invitation to enter the Christian experience in the heart of the mission of the catholic School.

Cardinal Fridolin Ambongo Besungu, metropolitan archbishop of Kinshasa, recommended to the pastoral agents to leave the former spirit of work in solo for that of the collegial structure in the achievement of the evangelistic mission of the Church, at the time of the publication, Saturday, at the parish Saint Joseph in the township of Kalamu, of the document entitled: "synodality and the communion. Options and Pastoral Directives of archdiocese of Kinshasa"

He also asked the pastoral agents to adapt it and the other options and directives contained in the four axes or sections to knowing the catholic, pastoral Christian identity and Mission, the pastoral structures of the archdiocese and finally taking the charge of the evangelic actions.

According to cardinal Ambongo, this document must be used as directives of pastoral in the archdiocese of Kinshasa with an aim of the achievement of the mission connected with the church like fundamental principle of the pastorals actions to realize.

The metropolitan archbishop of Kinshasa invited the catholic Christians to become aware each one, of his identity and never to dilute it in any context.

According to him, the Christian identity is inevitably missionnaire and obliges to make place families where one car évangélise by the word of God lived while the CEVB is a place of radiation of human heat and testimonys of charity, vitality and their persons in charge subjected to formations.

He invited the priests to have a vigilant eye over pastoral marriages and their duration of three months of catechesis and on that of the children at the school age which is henceforth two years, before drawing their attention on the fate of the couples which do not accept the body of Christ, to go with them.

He wished that the pastoral structures at the Lindonge center pastoral diocesan be a design department and pastoral animations with more initiative.

Each structure, he said, must take its autonomy to support the archdiocese and implementation the effective of the diocesan service and must deal with the poor men, because, he adds, the catholic Church is allies of the poor men including the abandoned while the CARITAS is there for the development, the production…