DRC: Beni paralyzed by a manifestation of LUCHA against the insecurity 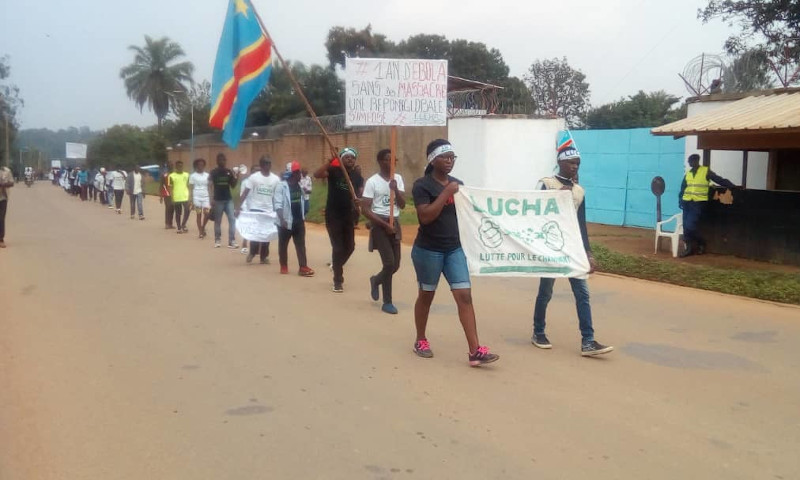 Closed stores, certain avenues carrying out towards the shopping centre of Matonge at the entry of the Ntoni district and on certain avenues of Tamende-Kati in the township of Mulekera barricaded, it is the situation noted early, this morning, in the town of Beni and territory bearing the same name. This movement called with a series of demonstrations to protest against the resurgence of slaughters of civil in this part of the congolese territory victim of recurring massacres of the civilians.

These young demonstrators promise to continue this movement until peace returns in this territory. On should recall that a renewal of insecurity was observed in the city and territory of Beni, after a lull of massacres perpetrated by ADF Ugandan rebels.

These rebels also attack the civilian s in the province close to Ituri where the civilians were massacred this weekend, in Maïsha. There are also CODECO congolese rebels (Co-operative for the development of Congo) which sow death in the territories of Aru and Irumu. A faction of this armed group - in talks with a delegation of the government - agreed to put down the weapons whereas the other faction continues exactions.