Senate: when Bahati meets again Kabila, one year after the estrangement! 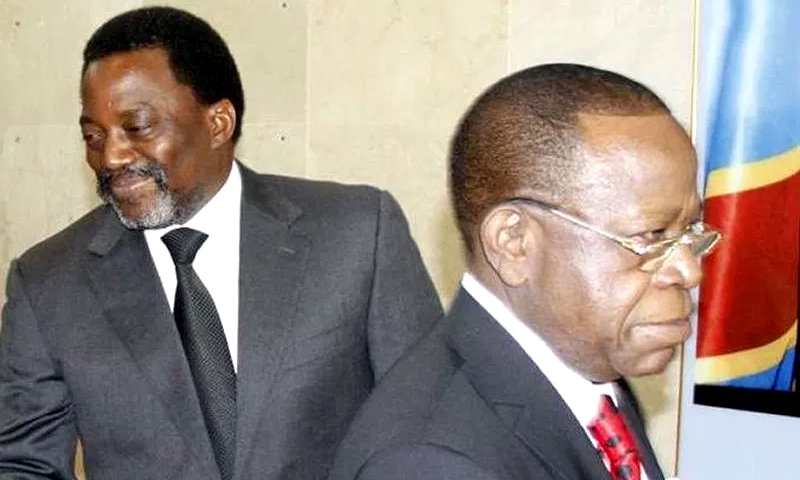 Internet
Kinshasa16-09-2020Politics - The responsible of Afdc-a, in separation with the ex-Head of State since June 2019, immortalized this moment with a photograph. The two men met during the very first plenary of the history of Joseph Kabila as senator in life.

The presence of the former president Joseph Kabila at the time of the opening of the parliamentary session of September 15, 2020, at the Senate, was the main topic of the inaugural speech held by the president of the Upper House of the Parliament, Alexis Thambwe Mwamba. And at the end of the exercise, two men met. It is about Modeste Bahati Lukwebo, former ally of the ex-Raïs within the Common Front for Congo (FCC).

Modeste Bahati had been suspended by the Conference of the presidents of the parties forming the FCC before stating to take his autonomy with respect to this majority platform at the Parliament. His departure was consequential for maintaining his candidature at the head of Senate, whereas the political family of Joseph Kabila supported Mr. Alexis Thambwe Mwamba. But since then, water seems to run under the bridge. On a local radio Bahati revealed to do not have "any" problem with Joseph Kabila, it is only the entourage of this one which did everything to put him aside.

And yesterday, Tuesday September 15, at Palis du Peuple, the former minister of State in charge of Plan revealed to the press that the presence of the former Head of State to the Senate will give advantage to the congolese people, taking into account his experience in management and his know- how.

"We are happy to receive the senator in life, Joseph Kabila, who came for the first time to take part in our plenary. I think that the concern which animates him, it is indeed to seek the happiness of the congolese people. ", Modeste Bahati declared. Before adding: "Any elected must keep in mind this concern i.e. to work with the improvement of the conditions of our fellow-citizens. Reason for which, the senator in life is there. We will surely profit from him, all the problems known in the management of this country. Therefore, it is moreover an experience to the service of the people as well as the Senate "