Tshisekedi to Goma: postponement reasons of a travel 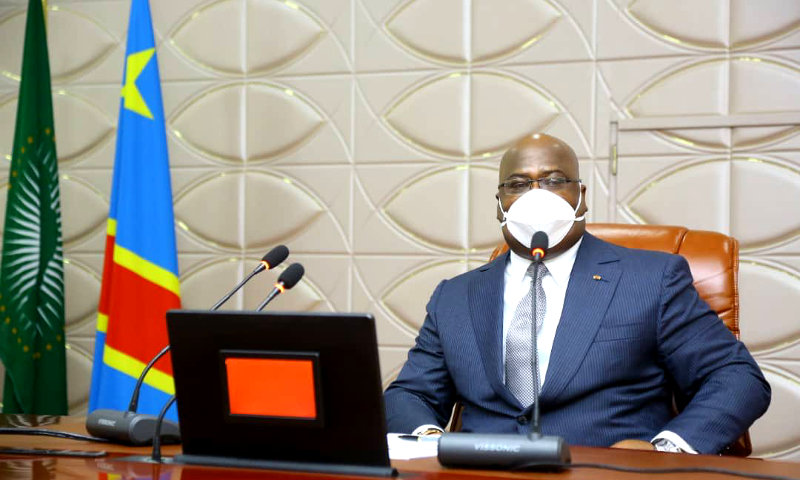 Internet
Kinshasa22-09-2020Politics - The Head of State voyage to Goma is deferred for reasons related to his charged diary.

He He was announced this Tuesday in the town of Goma in North Kivu. But the president of the Republic Felix Antoine Tshisekedi will not go this day in this part of the national territory.

Information on the cancellation of this voyage fell on Monday late in the evening. According to radios picked up in Kinshasa, this cancellation is justified by reasons of "charged political agenda ".

No other reason was advanced whereas, to believe the local sources, the mobilization was total as well on behalf of the organizations of the civil society as of the political parties even the Union for the Nation of Vital Kamerhe to hold a total reception to the president of the Republic.

Curiously, the same sources reveal, some members of the platform "Support Vital Kamerhe" (SVK), expressed at the time of a motorized caravan organized in this city to be opposed to the presence of president Felix Tshisekedi alone in Goma, requiring the presence at his sides of Vital Kamerhe, his principal private secretary which as one knows it, is the subject of the continuations for "a diversion business" is in detention in the central prison of Makala, also expressing their anger against the Court of Appeal of Kinshasa following its refusal of setting in bail of their leader.

To comfort the population

After the postponement of summit of the Heads of State of the CIRGL, this voyage which was to be the second of president Tshisekedi since his advent at the head of the country should constitute an occasion for him to comfort the population of this province, victim of the insecurity with many slaughters following the activism of the armed groups which each day massacre the peaceful citizens, and also to bring a message of peace to these populations.

In the same way, as a supreme commander of the Army Forces, the Head of State should also benefit from his stay to Goma to justify and give instructions to the Army Forces of the DRC (FARDC) which is committed in the fight against these negative forces.