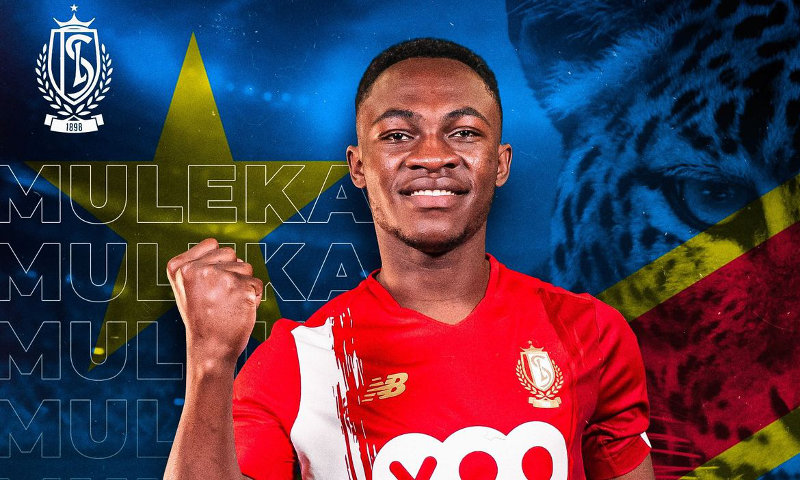 Internet
Kinshasa05-10-2020Sports - Titular this weekend in the championship for the second time since his arrival at Standard de Liege, the congolese young attacker left on wound at the time of the match of his club with Sporting Charleroi.

Hard blow for Jackson Muleka who had hardly taken a titular place at Rouches- The day of his 21 years, Sunday October 5, he was wounded, according to first reports, in his leg.

He had however begun titular at the time of the meeting of Standard de Liege with Sporting Charleroi (1-0, goal of Belgo-Congolse Balikwisha) before leaving on wound at 3rd minute.

Muleka played his first match of championship as a titular, the second of sharpened after that in Europa League. The young attacker arrived this season coming from the TP Mazembe to start a European career which he dreamed so much.

At the time of the same day of the Belgian championship, his elder brother, Dieumerci Mbokani who had also inaugurated its international career in Belgium at Anderlecht before creating sensation with Standard de Liege, was once scorer at Antwerp which won 4-1 in front Malines.