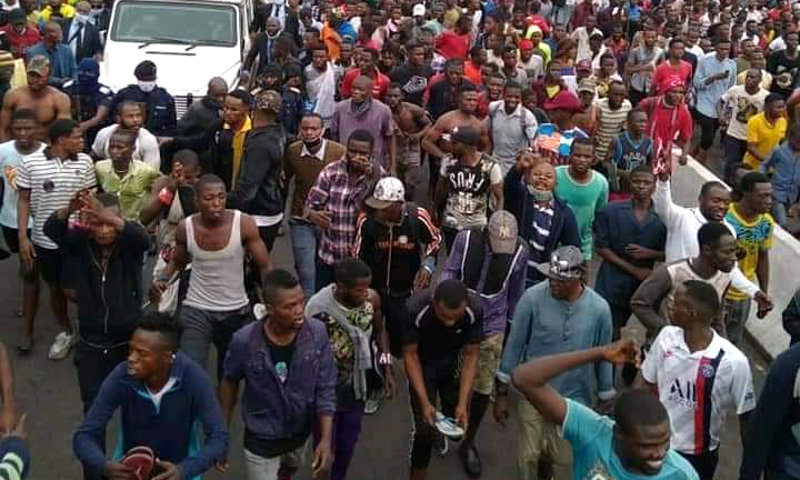 Internet
Kinshasa14-10-2020Politics - The opponent Martin Fayulu who tried to express this Wednesday October 14, 2020 was prevented by the police force. Some elements of the police force pierced his vehicle tires before the president of Ecidé requires their repair near the police force.

The march known as of "the national unit" organized this 14 October by the opposition political party, Ecidé, of the opponent Martin Fayulu was repressed by the police force. Whereas they were to meet at Echangeur place of Limete, the demonstrators were dispersed. Martin Mayulu, who tried to reach the place, could not move on board of his vehicle.

Moreover, three of his vehicle 4x4 tires were pierced by policemen. What caused the anger of the candidate of the Lamuka platform to the last presidential of December 30, 2018. "If you will kill me for Congo, kill me", Martin Fayulu told towards the policemen while staying in his vehicle with deflated tires.

He then insisted that the police repairs his tires before returning at his place. What has been done. It is the police which paid these 3 tires on the level of Matete Bridge, in the East of Kinshasa. This march aimed to protest against the establishment of the burgomaster of the rural district of Minembwe. Matin Fayulu estimates that it is a step towards the balkanization of the country.