DRC: the 3 new judges take the oath in front of Tshisekedi 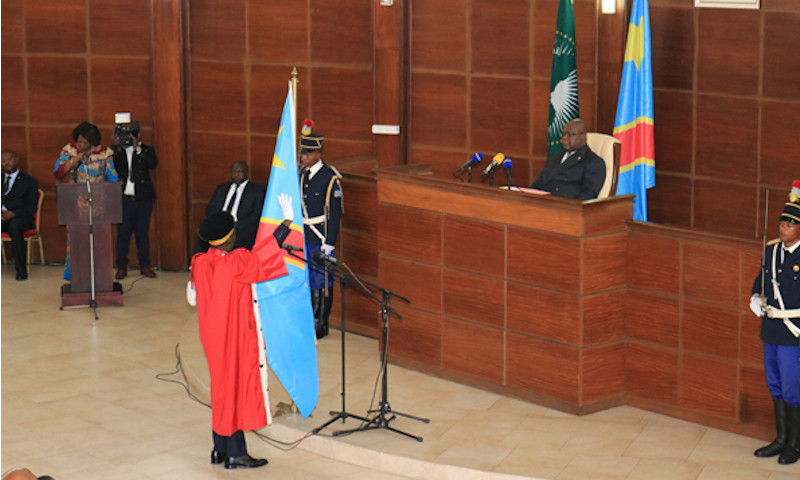 Internet
Kinshasa21-10-2020Politics - Finally, taking the oath of three members of the constitutional Court took place this Wednesday at Palais du Peuple. And that in spite of the controversy around their nomination

Felix Tshisekedi received this Wednesday October 21, 2020, the oaths of three new constitutional judges at Palais du Peuple, in Kinshasa. These judges whose nomination took place on last 17 July, is always disputed by the camp of the former president Joseph Kabila. But in spite of this dispute, judges Kaluba Dibwa Dieudonné, proposed by the president of the Republic like Mrs. Kalume Yasengo Alphonse and Kamulete Badibanga Dieudonné, resulting from the quota of the higher Council of the magistrature, took the oath.