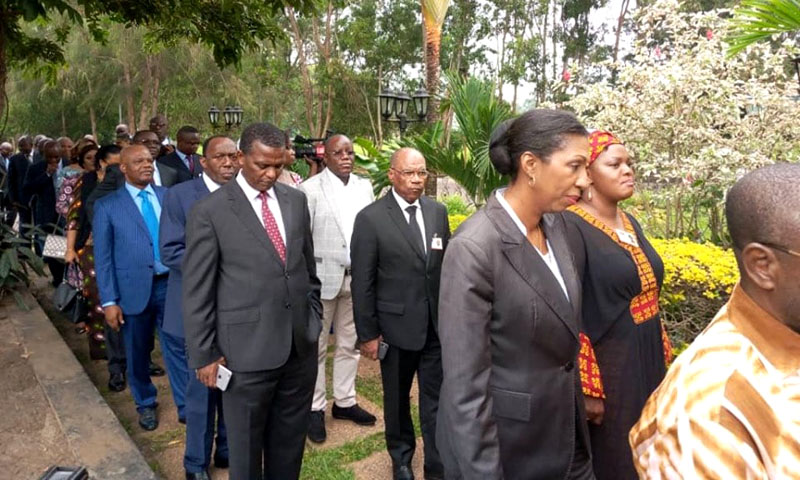 Internet
Kinshasa26-10-2020Politics - The congolese former president receives, this Monday October 26, 2020, the presidents of members of the FCC in his farm of Kingakati, in the periphery East of town of Kinshasa.

After the announcement of the national consultations launched by president Felix Tshisekedi Friday October 23, 2020, his ally and predecessor, Joseph Kabila convenes a meeting with the presidents of the regroupings composing his platform, the FCC. Meetings multiply within this platform following the crisis within the coalition to the power (FCC-CACH).

At the end of the short speech of Felix Tshisekedi on the national consultations which should lead to a "Sacred Union" in order to answer the vision of the president of the Republic, the FCC had been reserved of any comment. On his Twitter account, the platform of the former president Joseph Kabila, said to abstain from commenting on the short speech of the president of the Republic. He had promised to make it once that he will have the details.

Felix Tshisekedi justified his decision to consult the sociopolitic layers by a series of the questions which do not put an agreement both allies to the power. It is about, according to him, the independence of justice, the establishment of the right State, the Portfolio of the State, territorial as well as the question related to the independent national electoral Commission (CENI).