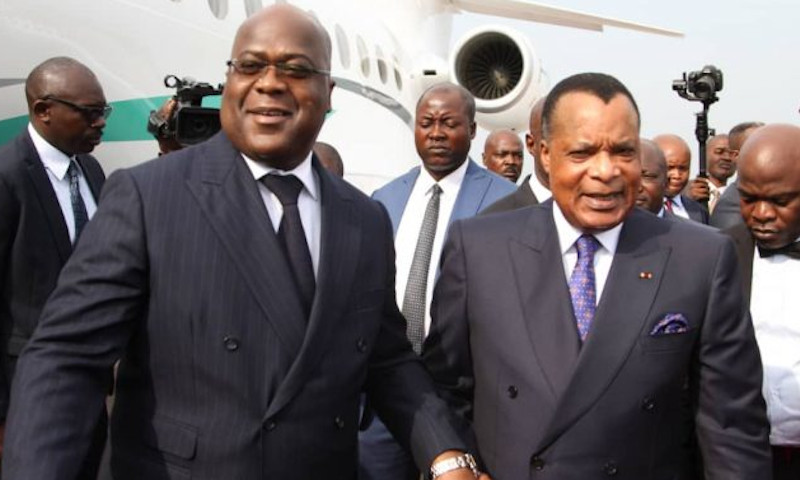 Internet [Photo d'archives]
Kinshasa26-10-2020Politics - The conglese president, Felix Antoine Tshisekedi is expected this Monday October 26, 2020, on the other side of left bank of the Congo River, following the invitation of his congolese colleague, Denis Sassou Nguesso.

Felix Tshisekedi could take part in the celebration of the 80th anniversary of the demonstration, launched October 27, 1940, in Brazzaville, by General de Gaulle. On this occasion, it should be announced that president Denis Sassou also invited the French president, Emmanuel Macron. And several presidents of French-speaking Central Africa will take part in this event.

Making of a stone two blows, the Brazza president wishes to organize a small Summit with his colleagues in order to prepare the sixth African Union - European-Union Summit which is scheduled from 28 and 29 October in the Belgian capital.