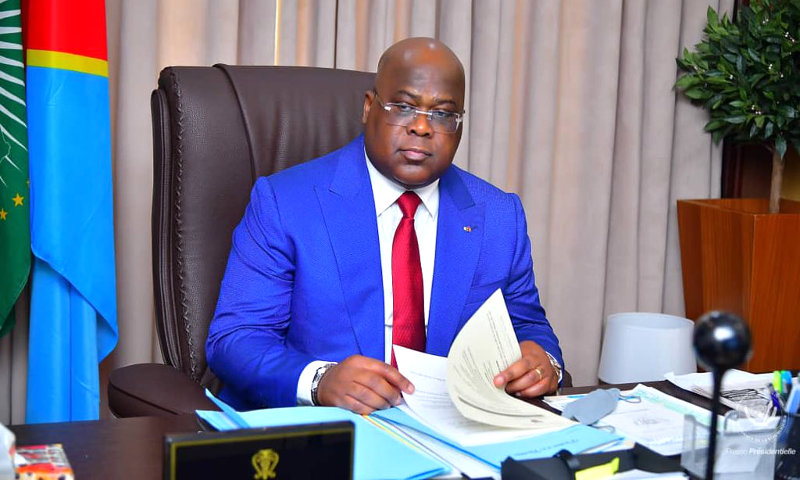 Internet
Kinshasa02-11-2020Politics - Initiated since October 23, the national consultations were launched this Monday November 2, 2020 with primarily the members of the civil society. The set of themes tackled this day relates to the electoral questions.

"The President of the Republic consults the delegations of the civil society today and the citizen institutions", tweeted, this Monday, Tina Salama, the deputy spokesman of the congolese president, Felix Tshisekedi. These consultations announced by president Tshisekedi begin this Monday November 2, 2020. At Palais de la Nation and according to several sources, there will be short meetings followed by handing memos.

These consultations could last approximately 10 days. The Episcopal National Conference of Congo (CENCO) which would owe also received this Monday at Palais de la Nation, required to meet later, the president of the Republic. Its president, Mgr Marcel Utembi, is not in Kinshasa for the moment.

And this same day, the organizers of the independent national electoral Commission (CENI) should be among the first to be consulted. There will be also representatives of organizations specialized on electoral questions, like Symocel or the AETA. Or the representatives of the religious confessions like those of the Christ Church in Congo (ECC).

For recall, these consultations open in a tended context between Felix Tshisekedi and his predecessor Joseph Kabila with whom he is in political alliance. The former president who is particularly worried by the last progress of the things in DRC joined together Thursday October 29, in his farm of Kingakati (in the East periphery of Kinshasa), his deputies and senators. The escapes of his conversation showed through serious faintnesses between the two personalities. Joseph Kabila estimates not to share "the same values" as the CACH (platform led by Felix Tshisekedi). Mainly about the respect of the agreements

"One does not share the same values with our friends of the CACH. The respect of the word for example. When the FCC or myself, give it to you, it is a word of honor. Or the respect of the texts- When one takes a commitment; one must go until the end. However, it is not the case with our friends of the CACH. ", declared Kabila to his deputies and senators, taken again by Jeune Africa. The congolese fourth president also returned on the orders of nominations taken within the army and the magistrature, against which the FCC [ his political platform ] did not cease protesting these last months.