The Kinshasa’s Kulunas transferred to Kaniama Kasese: their presence frightens the Lualaba authorities 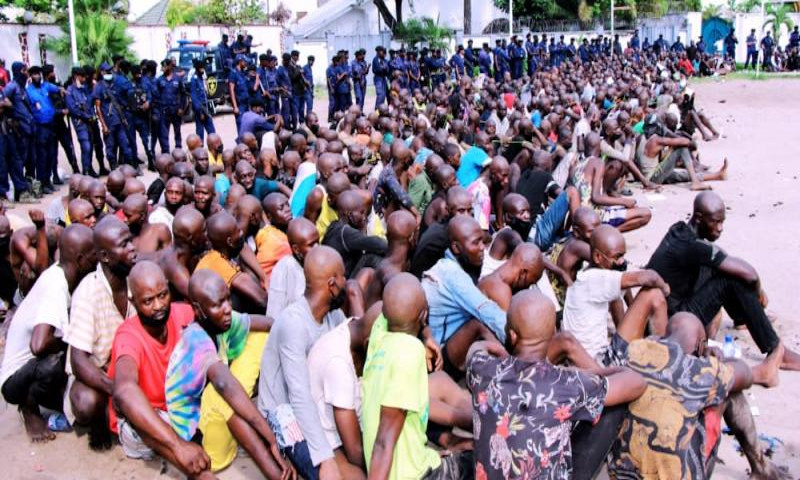 Internet
Kinshasa10-11-2020Politics - The Lualaba authorities require, of the central government, to make provisions in order to ensure the care of the delinquents transferred from Kinshasa towards Kanyama Kasese in Haut Lomami which can constitute a bomb with delayed-action for the insecurity for the neighbouring provinces.

Kuluna (delinquents) coming from Kinshasa placed at the disposal of the national Service by the authorities of this city since last week arrived at Kanyama Kasese center in the province of Haut Lomami already frighten the provincial government of close Lualaba.

Its minister in charge of the Interior has just launched, via Radio Okapi a cry of alarm to the central government for their care.

For Déodat Kapenda, that would avoid that this center is not emptied and that these young people do not move towards other provinces, of which Lualaba which is close with the province that welcomes them, to sow insecurity there.  He proposes in addition:"One could, first of all, moving them from Kinshasa towards another place, joining them, to form them mentally, reintegrate them that they are socially ready to work like all the other citizens. But, to take them, tear off them hoe that they used to kill and to give them a hoe to cultivate

I believe that they can easily be mistaken, instead of cultivating, to continue their dirty work "…

They were at least 300 out of 900 apprehended in Kinshasa where they terrorized the population sometimes causing rapes and also plundering and even dead.