Ebola in DRC: Minister in charge of Health declares the end of the epidemic 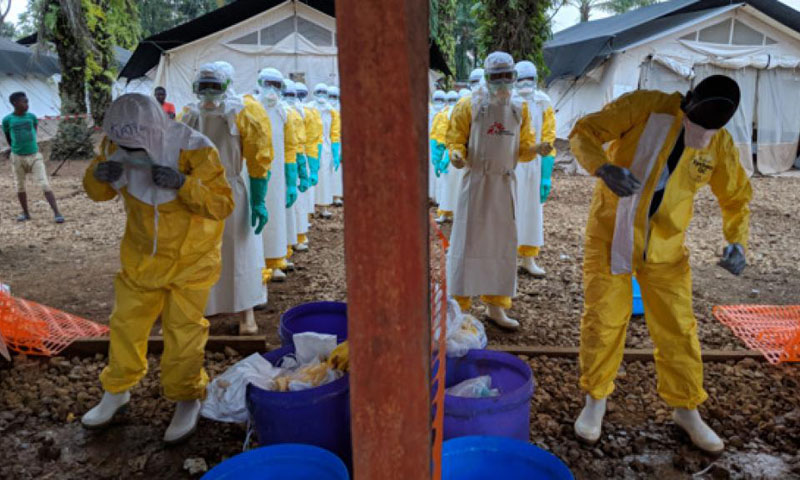 Internet
Kinshasa18-11-2020Health - The Minister responsible of Health Dr. Eteni Longondo officially declared this Wednesday November 18, 2020 the end of the 11th epidemic of disease with Ebola virus, in the province of Equateur.

The statement of the end of 11th epidemic of Ebola in Democratic Republic of Congo made 42 days after the last negative test of the last patient discharged from the processing center of Ebola (CTE), that is to say twice the incubation period of this disease which is 21 days. Minister in charge of Health which declared this end of the epidemic this 18 November 2020 notes some difficulties encountered in the zones touched by this epidemic.

"This 11th epidemic of the disease with Ebola virus had the characteristic to extend much more to the river and lake zones of health. What constituted a major logistic challenge (…)", Dr. Eteni Longondo recognized. But he greets the vaccination which allowed to limit the propagation of the virus in this part of the democratic Republic of Congo. The official statistics point out 40 420 people were vaccinated against Ebola with the vaccine rVSV-ZEBOV-GP since the beginning of vaccination on June 5, 2020 until November 7, 2020.

This epidemic was declared on June 1, 2020 in the province of Equateur. No confirmed new case was detected in the 18 health zones which account the province since 49 days. What led to the declaration of the end of the epidemic. On the total, 55 deaths were recorded since the beginning of the epidemic which knew a rate of lethality of 42,3%. On the total 130 cases listed including 119 confirmed, 11 probable. Seventy five patients were declared cured.