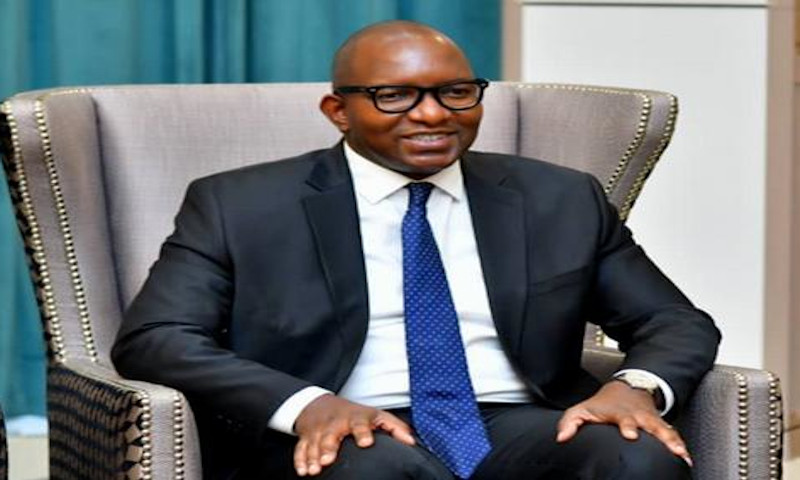 Internet
Kinshasa17-02-2021Politics - The nomination on Monday February 15, 2021, of Jean-Michel Sama Lukonde Kyenge as Prime Minister for the Government of the Sacred Union of the Nation, by the president of the Republic, Felix Antoine Tshisekedi Tshilombo, was well welcomed by several political actors and those of the congolese civil society.

A lot of Congolese were expressed through messages of congratulations-such as DiomiNdongala who greets the nomination of Jean-Michel Sama Lukonde Kyenge at the rank of Prime Minister. The leader of the political party the "Christian Democracy", (cd.) twitted on his account, "It is pleased to the president of the Republic, Felix Antoine Tshisekedi Tshilombo to name Sama Lukonde at the rank of Prime Minister, trainer of the Government of the DRC and the Sacred Union of the Nation.Congratulations ".

For his part, Gabriel Kyunguwa Kumwanza, let know that president Tshisekedi showed that he is the father of all Congolese, by naming Sama Lukonde Kyenge like Prime Minister for the future government of the Sacred Union of the Nation. The national president of the National Union of the Federalists of Congo (UNAFEC), expressed himself at the time of a press conference held Tuesday February 16, 2021, at the building du 30 Juin, Lubumbashi in the province of Haut-Katanga.

He also thanked the Head of State, "I pay tribute to the Head of State, Felix Tshisekedi who showed to some and the others (FCC) that for him, the tribe does not mean anything. Today, Lukonde is not any Katanga people, he is a native of here, he specified and that by naming this last like Prime Minister, president Felix Tshisekedi showed that he is the Father of all Congolese to the detriment of all his detractors who preach division ", he hammered.

In addition, he even specified that, Sama Lukonde is not a go-getter but rather "the man of the moment", he is a son of a big combatant of Katanga. He is a worthy choice and let us wait for him during the work, he concluded.

On his side, the Governor of the province of Haut-Katanga, Jacques Kyabula paid the most deferent tribute and his gratitude to President Felix Tshisekedi for the choice related to a worthy son of Haut-Katanga. « In the name of the Haut-Katanga population, the governor says to begin to honour the choice of the President of the Republic by showing at the height responsibilities entrusted to the one for his worthy sons, the current Prime Minister, Jean - Michel Sama Lukonde Kyenge, the official statement revealed”.

For Patrick Muyaya, the nomination of Sama Lukonde shows the will of the Head of State to renew the political community, this representative of the town of Kinshasa tweeted. "The Prime Minister must bring the technical leadership in complement to the political leadership of the president of the Republic, Felix Antoine Tshisekedi Tshilombo, to train a tightened team and to carry the wind of the breaking around 3 principal reforms: electoral, economic and security. The hope is allowed ", he twitted.