Ngozi Okonjo, first woman at the head of OMC 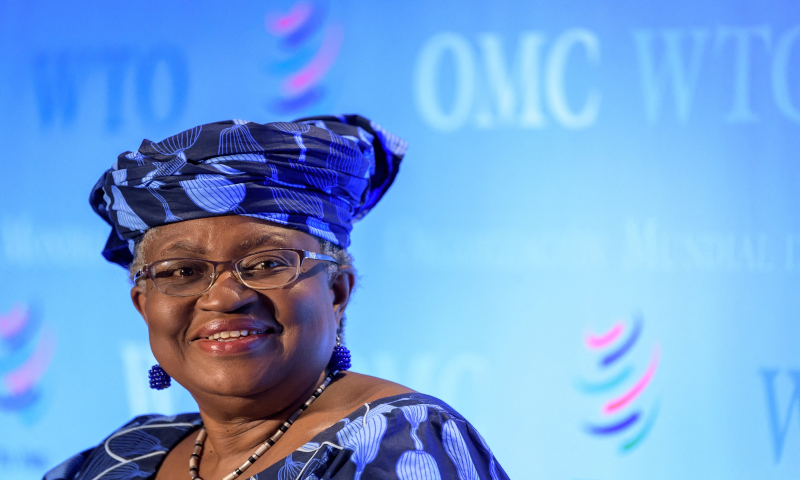 Internet
Kinshasa17-02-2021Woman - The Nigerian Ngozi Okonjo becomes the first woman but also the first representative of African country to lead the World Organization of the Trade.

Former Minister responsible of Finance of Nigeria, Doctor Ngozi Okonjo Iweala was appointed general director of the World Organization of the Trade for a renewable mandate of four year.

After the withdrawal of South Korea of the race of the general direction, Mrs Ngozi Okonjo was the only candidate in the race to take the head of OMC, whereas only the agreement of the USA which was made wait, preventing her from being elected.

The announcement of her nomination was made Monday February 15 by an official statement published by this organization. She consequently becomes the first woman but also the first representative of African country to lead OMC.

"We are delighted to narrowly collaborate with you, Doctor Ngozi and I am certain that all the members will work with you in a constructive way during your mandate of general manager to work the future of this organization" the president of the general council, David Walker declared.

Speaking, Doctor Ngozi expressed on her intention to concentrate her efforts on challenges such as the management of the repercussions of the medical crisis related to the coronavirus, while pointing out the importance of a uniform functioning of the organization.

The Nigerian Ngozi Okonjo Iweala will take function on March 1, 2021 for a renewable mandate whose end is scheduled for August 31, 2025.