FIFA: Gianni Infantino will be in Kinshasa this Saturday 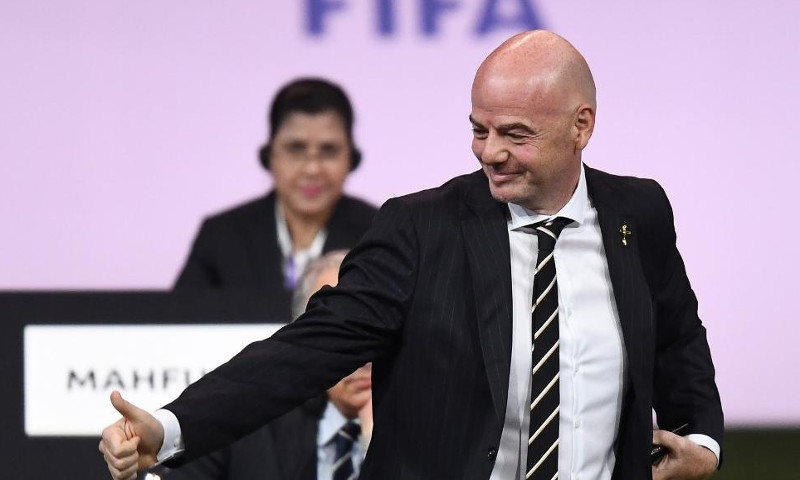 Internet
Kinshasa19-02-2021Sports - The president of the FIFA, Gianni Infanino will launch work of widening of the Kurara Mpova sporting center, in the township of N’sele and will discuss with the president the Republic.

Last week, the two men had conferred in videoconference, evoking several projects of development of football in Africa, in particular a school project of football whose pilot phase must take place in DRC.

Nicolas Kazadi, roving ambassador of DRC, had officially given a message of the president of the Republic to Gianni Infatino in Doha where he took part in the World cup of the clubs.

Sunday January 21, Gianni Infatinova throw officially work of widening of the Kurara Mpova center, in the periphery East of Kinshasa. Before this ceremony, he will have to visit the seat of the congolese Federation of football association (FECOFA), then one of the grounds stabilized by the FIFA to Kasa-Vubu/Assossa.

It is about midday that he will take his plane at the airport of N’djili for his return.

This Friday, he stays in Brazzaville where joined him the president of the FECOFA and member of the executive committee of the FIFA, Constant Omari.