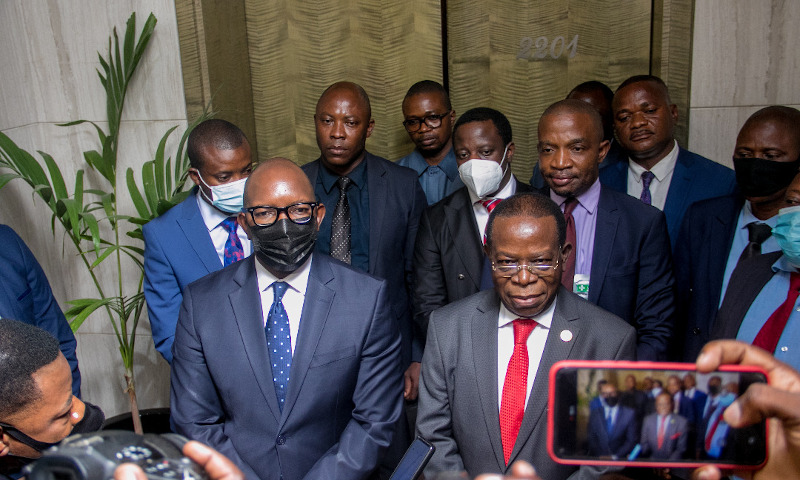 Internet
Kinshasa22-02-2021Politics - The successor of Sylvestre Ilunga Ilunkamba starts, this Monday February 22, 2021, the discussions for the formation of his government. He starts them, in Kinshasa, with the political regrouping of the Senator Modeste Bahati Lukwebo.

After having taken knowledge of the various political forces which make the Sacred Union of the Nation, the Prime Minister, Jean-Michel Sama Lukonde Kyenge, begins, this Monday February 22, 2021, the consultations for the formation of the government of this new coalition.

For this purpose, the successor of Sylvestre Ilunga Ilunkamba starts with the political regrouping- Alliance of the Democratic Forces of Congo and Allies (Afdc-A) of Senator Modeste Bahati Lukwebo.

In an invitation addressed to this political regrouping, the Prime Minister says to wait for him at 12 hours. "In accordance with presidential order N 21/006 of 14 February 2021 concerning appointment of Prime Minister and in article 90 of the constitution of the Republic, I have the privilege to invite the delegation of your political regrouping to a working session, within the framework of the consultations for the formation of the government, this Monday February 22, 2021, as from 12 h, at 10th level of the Hotel of the government in Kinshasa Gombe", one can read in the invitation sent to Afdc-A.

For recall, the new head of the future government had granted an audience, Saturday February 20, to other member of the Sacred Union of the Nation, Jean-Pierre Bemba. The president of Liberation Movement of Congo (MLC) said to have been at the Prime Minister "to congratulate him" after his nomination as head of the government. "I came to congratulate the Prime Minister for his designation as head of the government and to encourage him in the new task and the challenges which arise for him for the development of our country", he was expressed in front of the press after this private conversation.